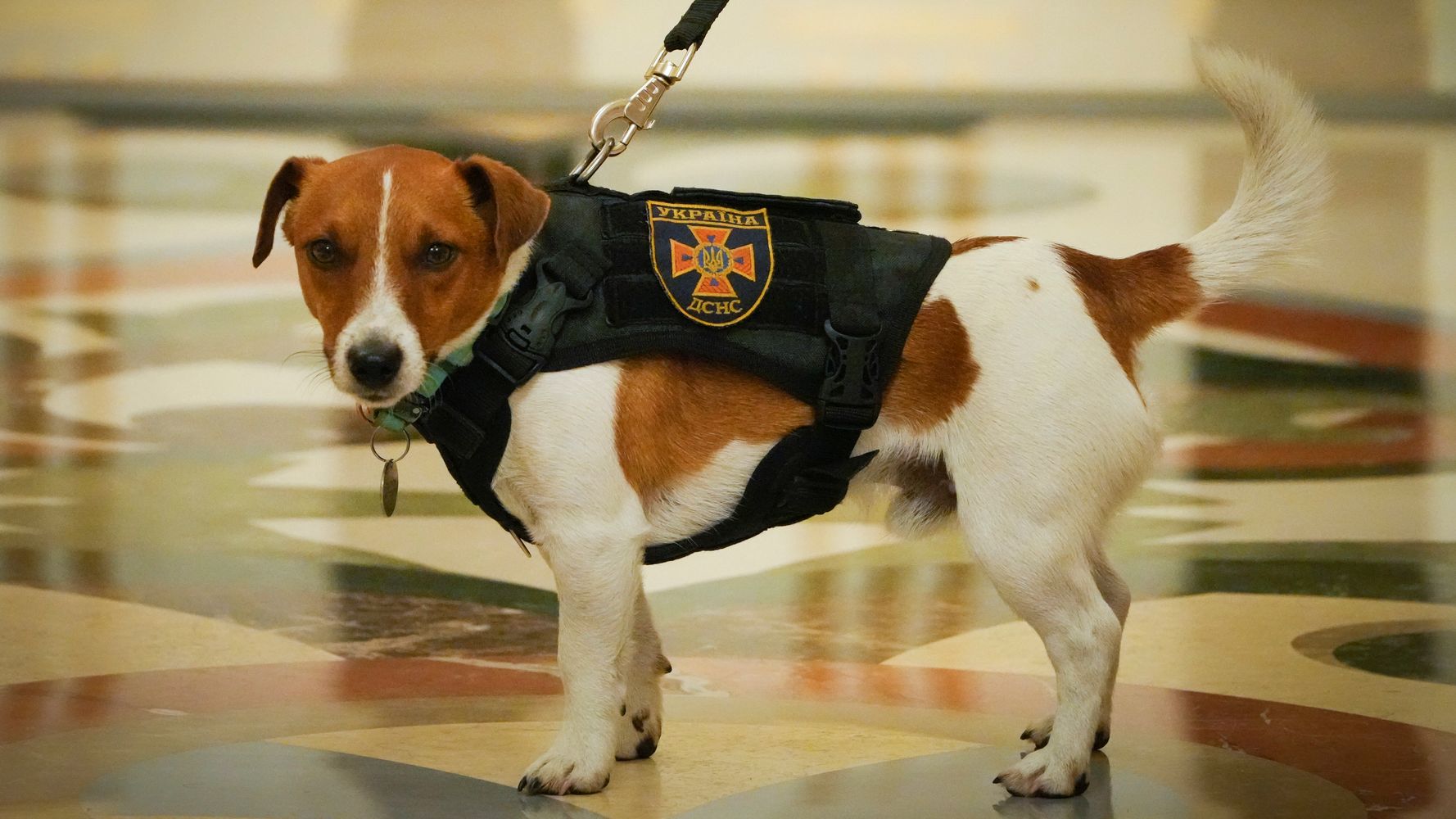 Barking and wagging his tail, Patron and his owner Myhailo Iliev were awarded state honors “For Dedicated Service.” The little dog has sniffed out some 200 explosive devices in the northeastern city of Chernihiv.

When Patron started barking, Trudeau patted his pockets, apparently seeking some kind of treat, but came up empty. According to CNN, the bomb detecting and defusing operation has utilized Canadian technology.

Patron is a “very active dog,” his owner told “Today.” He “likes to have a good run with other dogs and then, of course, sleep.”

Although there weren’t any mines for Patron to find at the awards presentation, he did prove himself extremely talented at snagging snacks.