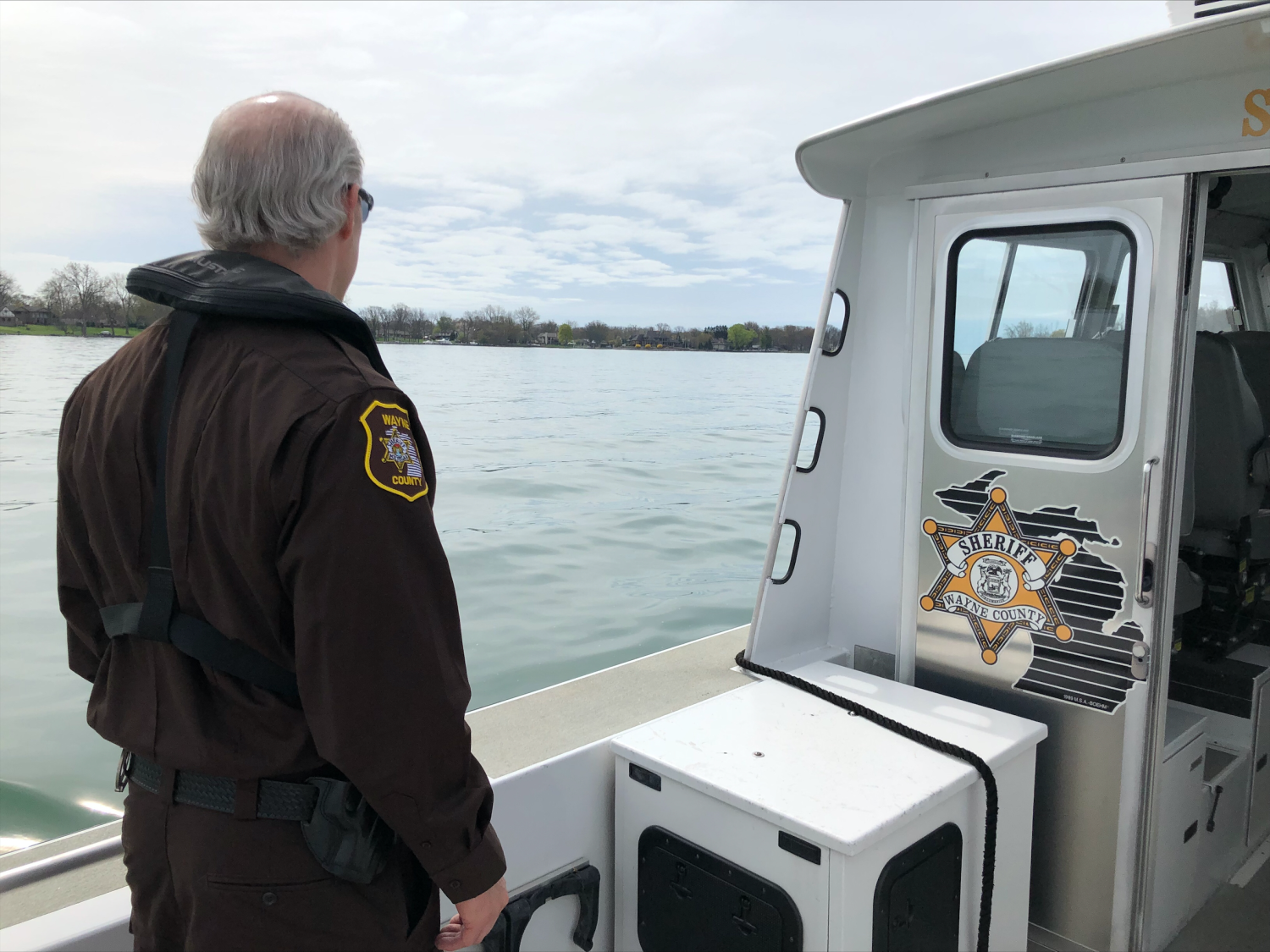 (CBS DETROIT) – Boating season in Michigan is upon us, and the Wayne County Sheriff’s Office wants to remind boaters to have fun while on the waters but also be safe while doing so.

They’re loading up and hitting the water. The Wayne County Sheriff’s Office Marine Patrol Unit has one mission in mind: keeping boaters safe.

“The year before, we had about seven drownings which was a high year. Last year there were only two,” said Sgt. Michael Roehrig with the Wayne County Sheriff’s Office Marine Patrol Unit.

Roehrig says the goal is to have no drownings, but if someone finds themselves in need, he says the Marine division is well equipped to assist.

“Our dive team consists of nine divers… All of our equipment stays on the rig when we get a dive call out anywhere in the county we’ll respond,” Roehrig said.

The unit has five vessels covering 144 square miles and 38 miles of the international border of water.

Prior to us taking a ride along the Detroit River and Trenton Channel as the unit patrolled the area, they offer some safety reminders for boaters.

“Everybody on board has a life jacket, readily accessible, there’s a fire extinguisher, a sounding device and your registration,” said Lt. Matthew Gloster with the Wayne County Sheriff’s Office Marine Patrol Unit.

Sheriff Raphael Washington also wants to remind boaters that when drinking and driving the same rule applies as operating a vehicle, and for CPL holders to leave their guns at home.

“If you have your gun with you and you’re drinking a little more and you’re intoxicated you got a few issues,” Washington said.

With many accidental shootings lately, the sheriff’s office will be providing boaters with free gun locks as well as free boating safety classes, especially for those new to the water.

“We’re seeing many more first-time boaters and jet skiers out on the water,” Washington said. “We’re also seeing substantially more younger boaters than in years past. We all know a fun day out on the water can change in a second, so we want to do our best to make sure everyone is prepared.”

The following information is from the Wayne County Sheriff’s Office:

According to the Michigan Department of Natural Resources, 79% of all boating-related deaths are due to drowning, and alcohol use is the leading known contributing factor in deadly boating accidents.

In 2020, there were 181 Michigan boating accidents reported, including 33 deaths (only 21% of people were wearing a life jacket). There were 20 drownings and nearly $2.2 million in property damage reported. On average, the sheriff’s office makes 2-3 recoveries per year.

Like
Comment
Share
Processing
Voice note recorded successfully
Record
Recording 00:00
Commenting has been turned off for this post.
Sponsored
Categories
Read More
US News
Boy, 14, Among 3 Wounded in Shooting Near Courtyard in Altgeld Gardens – NBC Chicago
A 14-year-old boy was among three people wounded in a shooting near a courtyard in Altgeld...
By Patabook News 2022-06-07 23:00:02 0 59
Sports
England vs India 5th Test, Day 1: Rishabh Pant, Ravindra Jadeja Blow England Away, Put India On Top
Rishabh Pant played a knock for the ages to turn the tables on England and take India to an...
By Patabook News 2022-07-02 01:50:01 0 57
US News
Tex McIver: Georgia’s Supreme Court overturned a prominent attorney’s murder conviction. Prosecutors now want to retry him
CNN  —  A Georgia district attorney’s office is...
By Patabook News 2022-07-23 06:00:01 0 52
US News
Heart’s Ann Wilson on the Beatles and gender, her new song “Greed” and covering George Harrison
Acclaimed rock vocalist Ann Wilson, who says “there’s nothing I like more...
By Patabook News 2022-05-01 01:00:01 0 102
Fashion
8 Best Black Men’s Hairstyles – Top Haircuts 2022
Afro hair has a reputation for being unwilling to cooperate: more often than not it seems...
By Patabook News 2022-11-08 04:55:02 0 21