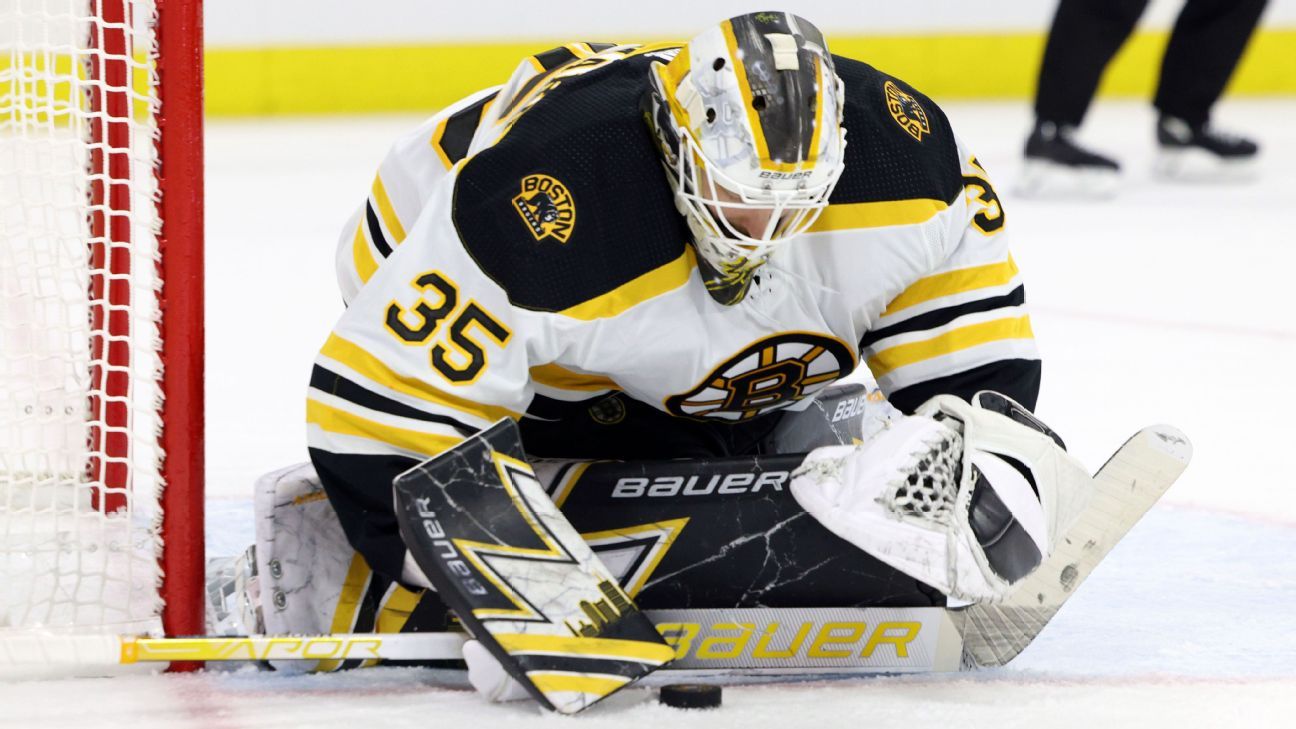 The Boston Bruins were routed in Game 1 of their first-round series against the Carolina Hurricanes, 5-1, but coach Bruce Cassidy wasn’t about to pin that on Linus Ullmark.

“I am not faulting our goaltender for this,” Cassidy said Monday night. “We had some opportunities we needed to finish. Like they did.”

Ullmark is in his seventh NHL season, but this was his first playoff start. He allowed four goals on 24 shots. That included a puck that went off the back of his mask by Hurricanes center Vincent Trocheck to make it 4-1 late in the third period — one of three goals Carolina scored in the third, including an empty netter.

“You need the saves at the end when you’re not scoring. Let’s call it what it is,” Cassidy said. “The last goal … he’s going to tell you, it’s not a great goal to give up, but by then it’s 4-1. We’re not going to put anything on Ullmark.”

For Cassidy, the bigger issue was the Bruins’ inability to finish their chances against Carolina goalie Antti Raanta, who was starting in place of the injured Fredrik Andersen. Boston went 0-for-3 on the power play and could only generate one goal on 36 shots.

The loss continues a frustrating trend for Boston against Carolina. The Bruins lost all three meetings against the Hurricanes in the regular season and were outscored 16-1.