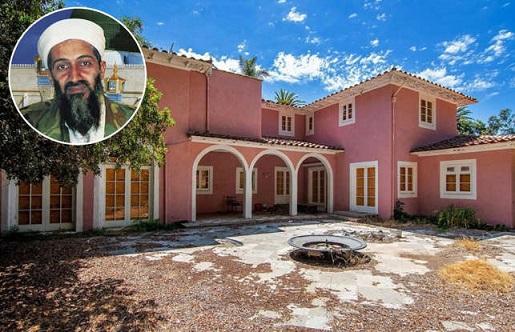 And so far, despite its prime location — within walking distance from the famed Hotel Bel-Air — there have been no takers.

Situated on over two acres of land, the property is now priced at $26 million.

Ibrahim, who has owned the property for nearly four decades since 1983, abandoned the home following the September 11 attacks.

Spanning over 7,100 square feet, he had lived there with his former wife, Christine Hartunian Sinay, a Los Angeles socialite with whom he shares daughter Sibba Hartunian. The two purchased the Mediterranean villa-style mansion for $1,653,000 at the time, records show. 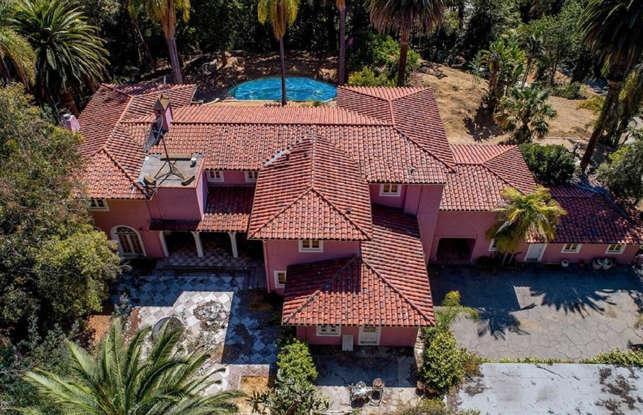 While photos of the home show a pink concrete exterior, interior photos are scarce due to its deteriorating state. The windows have been boarded up to ward off vandals.

Any potential buyers will not only have to plunk down a hefty amount for the home but millions more for renovations.

Built in 1931, the listing notes the price is based on “land value only,” and location, and adds that the home is “ready for redoing, owner has not been here for over 20 years.”

The listing also describes the home as a “rare lower Bel-Air lot with elevation and an elevated pad,” and includes a guest house, greenhouse, a pool, and disappearing driveway. 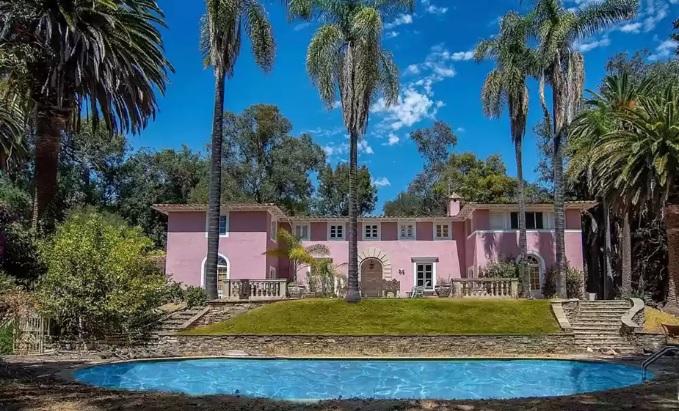 The property is made up of seven bedrooms and five bathrooms. The home was first listed last July for $28 million.

Despite its declined state, several palm trees continue to survive, and the swimming pool and spa appear well-maintained.

Ibrahim, the half-brother of Osama, is one of 56 children born to Saudi Arabian construction tycoon Mohammed bin Awad bin Laden, who had 22 wives. Mohammed served as the patriarch of the multibillionaire bin Laden clan — a family with longstanding business ties to Al Saud royals.

During the ’60s, the property was owned by golden age Hollywood producer Arthur Freed, known for the famed productions “Singin’ in the Rain” and “The Wizard of Oz.”

According to Steve Coll’s book, “The bin Ladens: An Arabian Family in the American Century,” Ibrahim and his wife employed “full-time groundskeepers, household help, chauffeurs, and private security.”

The property was also one of the original large lots developed by oil tycoon Alphonzo Bell, who is well-known in the Bel-Air community.

An aerial shot of the home, which is situated on over two acres of land.

Following the September 11 attacks, Ibrahim, who had been vacationing abroad at the time, never returned to the US, fearful of the notoriety his last name would bring.

A onetime University of Southern California student who by his own admission “never worked a day in [his] life,” Ibrahim rented out the property, and by 2010, it was used to shoot pornographic movies.