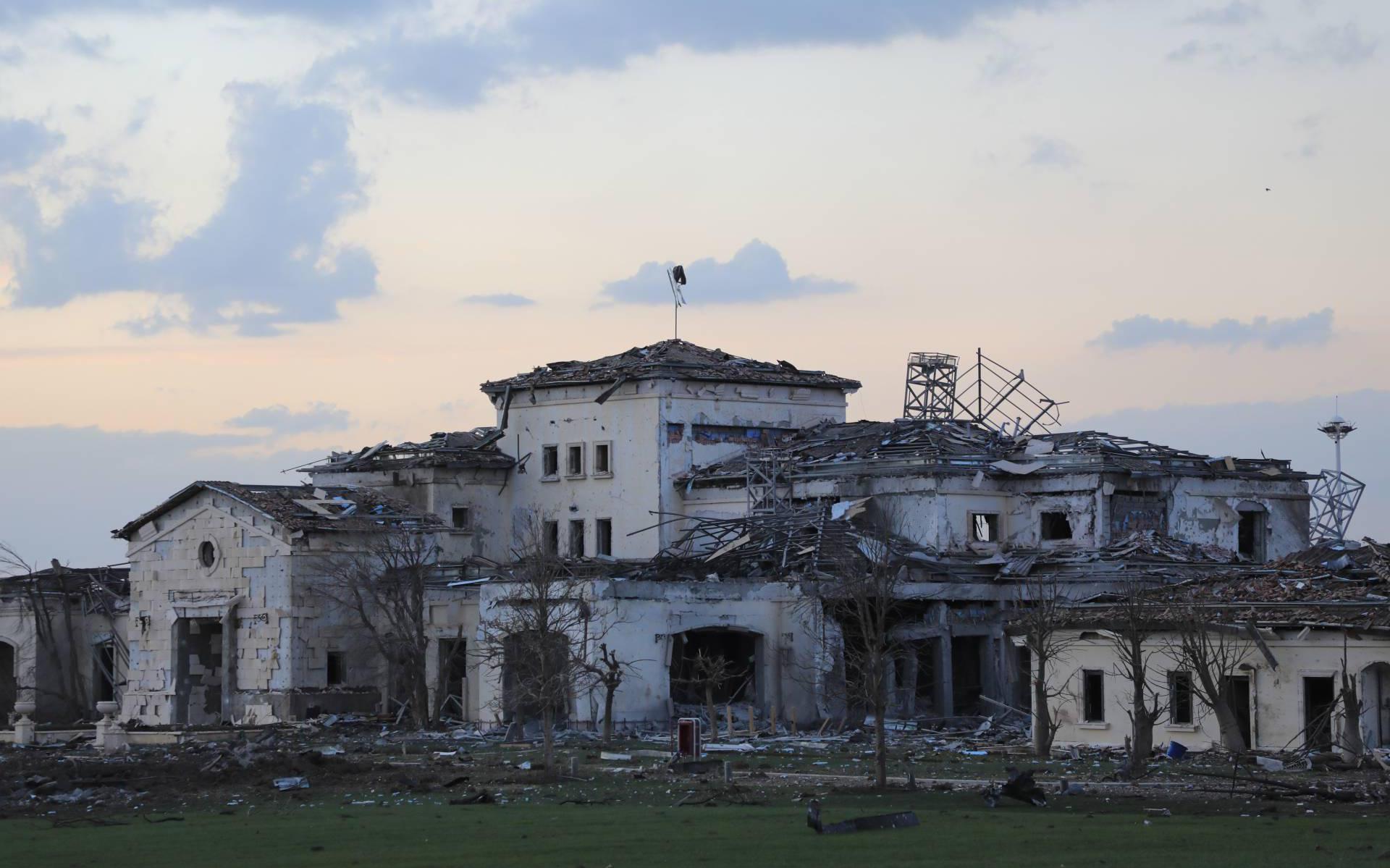 Iranian-backed groups in Iraq continue to claim there is a “Zionist presence” in the autonomous Kurdistan Region. This is not a new talking point, but they have intensified it in recent days in the wake of a major Iranian missile attack on Erbil, capital of the Kurdistan Region in northern Iraq.

Iran fired large missiles that landed near a new US Consulate compound and damaged a house, with Iranian regime media reporting that Iran was also targeting “Zionist” facilities. This claim also has been repeated elsewhere.

While there are many reasons that the Islamic Republic might like to assert that it is attacking “Zionists” in Iraq, what is interesting is that Iran is pushing its militia allies in Iraq to follow this narrative.

“Some Arab governments are made by the United States and the Zionist regime,” Iran’s semi-official Fars News Agency quoted al-Nujaba in Iraq as saying. “The Zionist presence in Erbil is public and clear,” the paramilitary group said.

“The Nujaba movement has real evidence of an Israeli presence in Erbil… Iran’s response to the Zionist atrocities is normal,” the group said. It also claimed that Kurds “oppose any Zionist presence in Erbil.”

What this means is that Iran and its militias, such as Kataib Hezbollah in Iraq, are giving themselves impunity to attack the Kurdish Region under the guise of opposing Israel. The US has forces in the Kurdistan Region, which were repositioned after Iran attacked US forces in 2019 and 2020 at other Iraqi facilities. They are in Iraq as part of the global coalition against ISIS. But they are also targeted by Iran.

The “resistance” in Iraq, which is made up of half a dozen militias linked to the Fatah coalition in Iraq’s parliament and to Iran’s IRGC, is now congratulating Tehran on its attacks. This comes as Iraqi Prime Minister Mustafa Kadhimi visited the Kurdistan Region to see the damage and as the US condemned the attack.

The Iraqi groups linked to Iran want the “Iraqi government to expel the Zionists from Iraq,” an Iranian media report said, adding that “Iraqi oil is sold to the Zionist regime through the Kurdistan Region.”

Iran appears to be doubling down on early claims that it targeted “two advanced Israeli Mossad training centers in Erbil.” At noon on Sunday, the IRGC issued a statement pointing to the “strategic target of the Zionist conspiracy.”

This is not the first time Iran has claimed it targeted “Zionists” in Iraq; it made the same claim last year. The new statements merely reinforce Iran’s narrative about its actions in its Islamic neighbor. 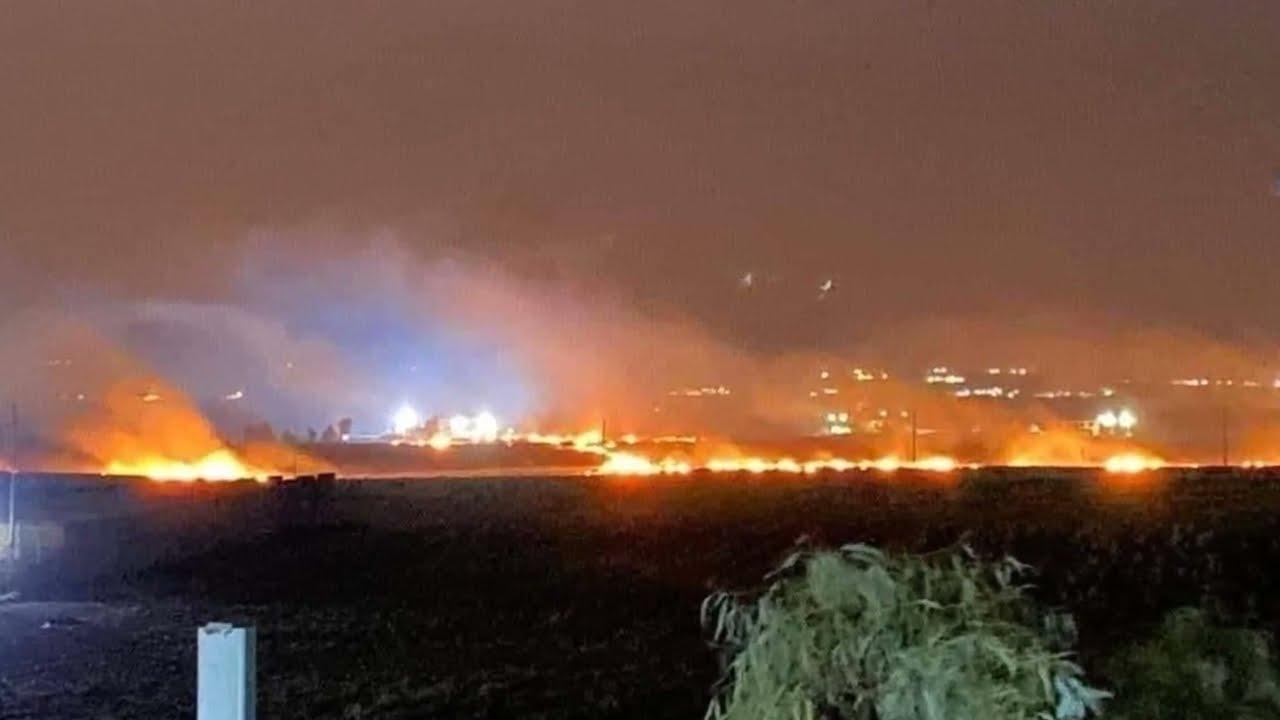 Erbil missile Attack: Missiles fired toward US consulate in Iraq came from Iran

Tehran seeks to use the presence of US forces as an excuse to continue attacks and treat Iraq as if it is a fair playing field for Iranian presence and attacks. This has implications because Iran transports missiles to Syria via Iraq and bases drones in Iraq that can threaten Israel. Iran has also flown drones over Iraq to threaten Israel in the past.

Like
Comment
Share
Processing
Voice note recorded successfully
Record
Recording 00:00
Commenting has been turned off for this post.
Sponsored
Categories
Read More
US News
17M under red flag warnings in California
One location in Los Angeles County had an 89 mph gust on Thursday. At least 17 million people...
By Patabook News 2021-11-28 05:40:01 0 80
Fashion
What to Do, See and Eat in Lake Louise, Alberta
Photography by Cavan Images via Getty ImagesWe may not be venturing far this summer, but these...
By Patabook News 2021-07-26 21:55:01 0 151
World News
Biodesign Info
Our team consists of a large number of global experts in biology, healthcare, and pharmacy. We...
By Chris Peterson 2021-12-07 18:52:58 0 106
US News
Prison systems adding body-worn cameras to security plans
COLUMBUS, Ohio (AP) — A growing number of states’ prison systems are outfitting guards with...
By Patabook News 2021-10-29 17:40:02 0 68
US News
High school basketball: Jemarje Windfield scores 37 to lead North Lawndale past Lincoln Park in OT
The area is in uncharted territory this season. The Class of 2023, this year’s juniors, are...
By Patabook News 2022-01-13 05:45:02 0 91