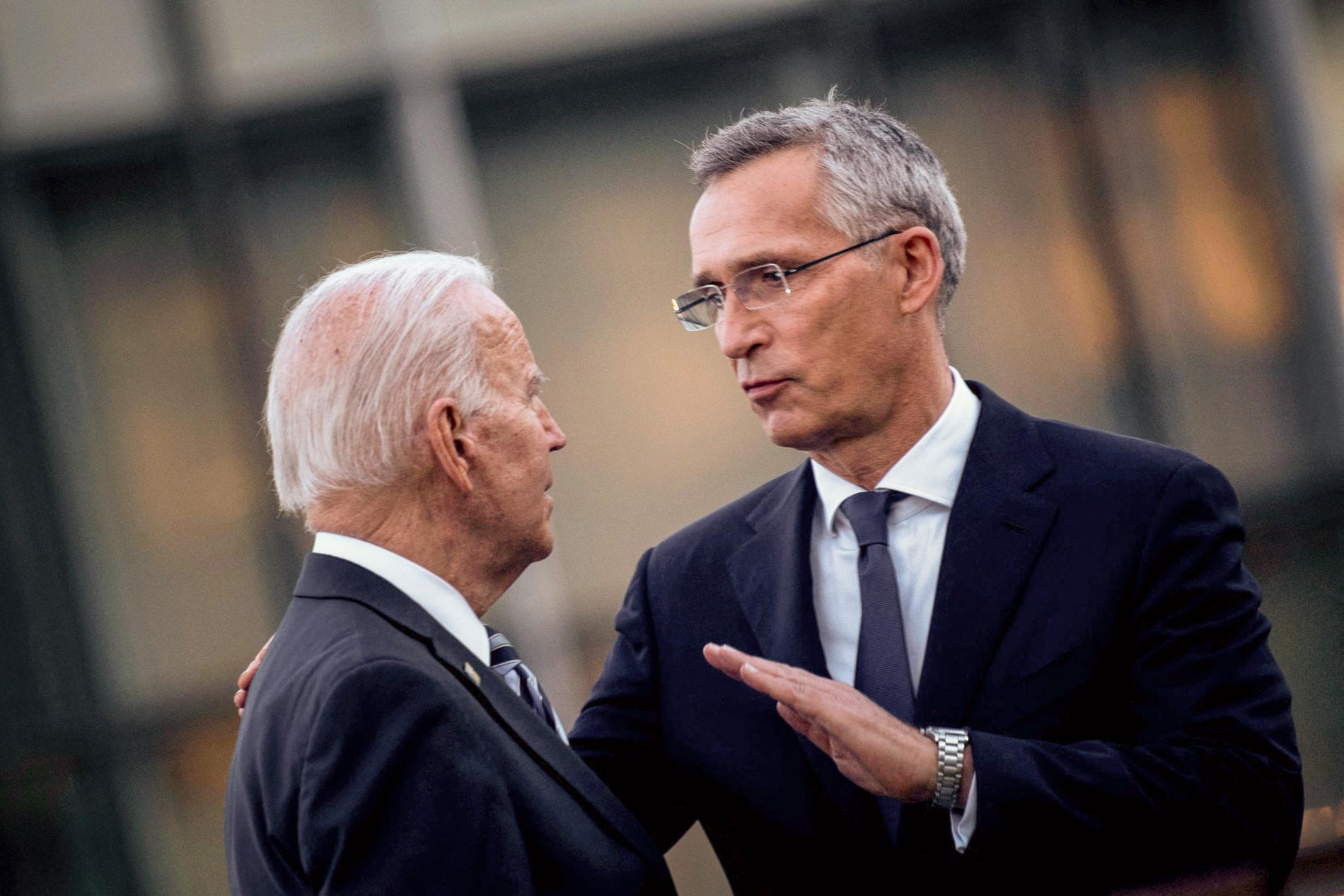 NATO Secretary General Jens Stoltenberg said the transatlantic alliance is "ready to engage in political dialogue" but "also prepared for the worst — Russia once again using force against its neighbor, Ukraine."

Stoltenberg made the comments in a Friday interview with CBS News "Face the Nation" moderator and chief foreign affairs correspondent Margaret Brennan. The interview with Stoltenberg comes as Russia reviews the United States' response to its demands amid the Russian military buildup near Ukraine. Ukrainian President Volodymyr Zelenskyy and President Biden spoke on the phone Thursday to address the situation, and Mr. Biden has been consulting with European allies.

Mr. Biden said at a press conference last week that it was his "guess" that Russia would invate Ukraine. Asked if Russian military force in Ukraine is imminent, Stoltenberg said there's "no certainty."

"Well, there's uncertainty about the Russian plans, and maybe they have not made any final decision," Stoltenberg said. "... We are ready to engage in political dialogue, but we're also ready to respond if Russia chooses and armed conflict, confrontation. So we are ready for both options. We are working hard for the best peaceful political solution, but we are also prepared for the worst — Russia once again using force against a neighbor, Ukraine."

Ukraine is not a NATO member, and Russia has sought assurances that Ukraine will never be a NATO member. Stoltenberg described what preparation looks like militarily.

Like
Comment
Share
Processing
Voice note recorded successfully
Record
Recording 00:00
Commenting has been turned off for this post.
Sponsored
Categories
Read More
US News
Person of Interest in Custody Following Highland Park Parade Mass Shooting: Police – NBC Chicago
A person of interest wanted in connection with a mass shooting at the Highland Park Independence...
By Patabook News 2022-07-05 01:00:02 0 17
US News
L.A. police union denied relief from COVID vaccine mandate
A judge on Wednesday denied a request by the Los Angeles police union that he block the city’s...
By Patabook News 2021-11-11 20:40:01 0 78
US News
Canadian Company To Open EV Charger Facility In Auburn Hills – CBS Detroit
(CBS DETROIT) — Michigan is continuing to prepare for the future of electric vehicles. On...
By Patabook News 2022-06-08 04:00:01 0 22
US News
Phil Mickelson apologizes for comment about Saudis and rival golf league, deal with KPMG ends
PHILADELPHIA — Phil Mickelson apologized Tuesday for comments about the Saudis and a...
By Patabook News 2022-02-23 12:50:01 0 30
Technology
Semiconductor Foundry Market Size, Share, Growth and Forecast to 2027 | Impact of COVID-19
A Semiconductor Foundry Market is a factory where the components which make up an integrated...
By Soham Patel 2022-02-09 09:32:16 0 48