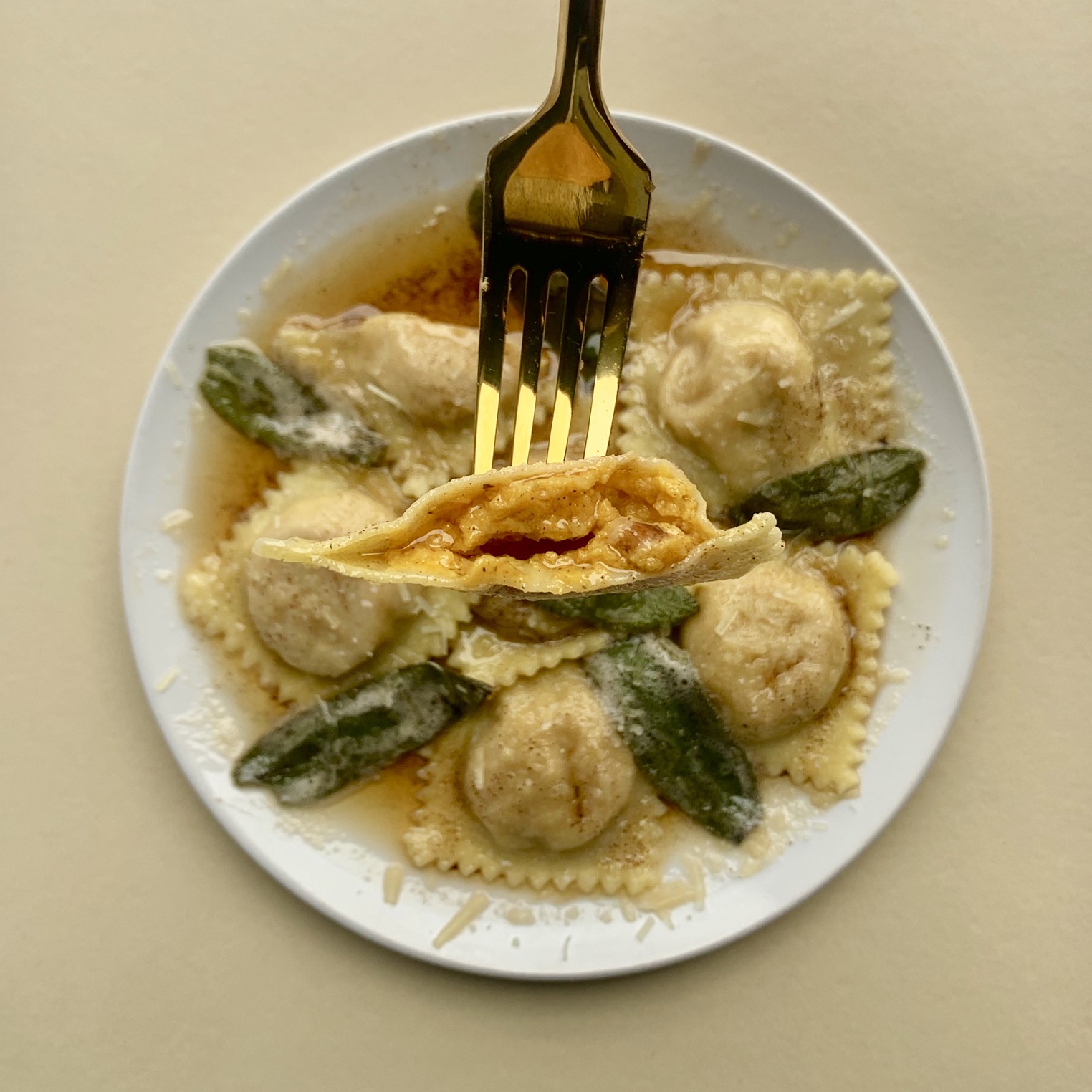 “People have a funny idea about frozen food,” admits Kelly Crobu, who owns Casa Crobu with her husband, Mario. “But if you freeze something good, it’s still good.” Good hardly begins to describe the quality of the food that this couple is selling, though.

Kelly and Mario are both longtime service industry professionals who developed an affinity for cooking while working in the front of the house for years — in fact, that’s how they met. Mario, who’s originally from Sardenia, Italy, did a stint at an Italian restaurant in New York City where Kelly was also on staff.

After the two moved to Colorado five years ago, they started cooking up the idea of starting a company where they could share dishes like the lasagna Bolognese recipe that Mario had learned from an ex-girlfriend’s mother who is from northern Italy, the region known for that dish. They developed branding and solidified their recipes while both were still working full-time at other jobs.

“It was kind of a little side thing for friends and family,” Kelly explains. “But then, with the pandemic, we were both unemployed and we just had time to pour completely into it.” The Crobus officially launched Casa Crobu in July 2020.

“I keep telling Mario, if we had done this any other way, we would have been fighting the whole time and second-guessing,” she adds with a laugh. “But now we just were forced into it, and we were able to do it.”

The original concept was inspired by Mario’s experience growing up in Italy. “His mom, his aunts, the grandmas — when they make something like a lasagna, you never make just one,” Kelly says. From making fresh noodles to simmering the Bolognese for hours, cooking a proper lasagna is an all-day affair in Italy. Mario’s family would give the extras to friends and family, which is a tradition the Crobus want to carry on.

Lasagna bolognese made the traditional way with béchamel.

That lasagna (available in two sizes: small with 2-4 servings for $25 and large with 6-8 servings for $50) has become the company’s best seller. Customers can order online for delivery on Mondays and Thursdays and the goods arrive in a reusable cooler bag. Items can be cooked right away or kept frozen for future meals.

I fell in love with the process of making lasagna Bolognese, with fresh noodles and béchamel (not ricotta, which is an American take on the traditional recipe), years ago, but now only do it two or three times a year — usually on holidays when I have the time to commit. But a small Casa Crobu lasagna bakes in just an hour and twenty minutes and tastes like homemade (or even better). It’s perfect to have on hand for nights when you need an easy dinner solution or a gift (especially for new parents) or want to impress a date if home cooking isn’t your thing.

In addition to lasagna (which is available in gluten-free and veggie versions as well), Casa Crobu’s options include other Italian classics like spinach and ricotta ravioli and eggplant parmigiana, as well as seasonal items such as butternut squash ravioli. But the most unique offerings are specialties from Mario’s home of Sardenia.

Culurgiones are a filled pasta, but “are quite a bit richer than a classic ravioli,” Kelly explains. A cross between a pierogi, a dumpling and ravioli, they are filled with a potato puree with pecorino cheese and a touch of mint, and closed with delicate pleats. “They originate from a tiny, tiny region in Sardenia and we worked with a woman when we were there one year to learn how to do the closing process, so those are super-special. You really can’t find them anywhere else.” A more well-known, classic Sardegnan dish is also available: malloreddus alla campidanese. “The noodle is a cross between a cavatelli and a gnocchi,” Kelly describes, “and that’s always prepared with a sausage and tomato ragu … We include a little pecorino cheese to finish it off. That’s like my favorite pasta.”

Kelly estimates that they sell around 200 lasagnas a week, all made in a commercial kitchen. “We go through product pretty quickly,” she notes. “So even though it’s frozen, it was probably made the day before.” She and Mario have been doing the bulk of the work themselves, although Kelly recently stepped back a bit after having a baby. Mario’s brother, who moved to Denver from Italy in September, is now lending a hand in the kitchen, and they have a few people who help with deliveries.

But all the work is worth it to be able to have their own business and share recipes they love — a dream that many people in the service industry have pursued since the pandemic hit. “I think it’s a story for a lot more people than people realize,” Kelly says. “[Service industry professionals] were always the smartest, hardest-working people. You think we’re just going to be sitting on our butts watching Netflix?”

Although they’re no longer in restaurants on a daily basis, Kelly says that she and Mario have stayed connected to others in the food world, particularly through farmers’ markets, where they sold their products over the summer in order to reach new customers. “Everybody I met was a chef who’d started a business,” she adds. “We’re still in our circle, we’re just redefining it.”

Like
Comment
Share
Processing
Voice note recorded successfully
Record
Recording 00:00
Commenting has been turned off for this post.
Sponsored
Categories
Read More
World News
Chrome 91 Rolling Out With Frozen Tab Groups, Enhanced PWAs, Redesigned UI, More
Chrome 91 stable update has been released by Google for Android, iOS, Linux, macOS, and Windows...
By Patabook News 2021-05-27 08:45:01 0 104
World News
North Korea fires submarine-launched ballistic missile, says South – and it disrupts Japan election campaign
North Korea has fired a submarine-launched ballistic missile from its east coast into the Sea of...
By Patabook News 2021-10-19 13:45:02 0 75
US News
Harden, Nets Outlast Short-Handed Cavaliers – CBS New York
NEW YORK (AP) — James Harden scored 27 points, LaMarcus Aldridge had 24 and Kevin Durant 23 to...
By Patabook News 2021-11-18 06:40:01 0 42
US News
Jeremy Pearson Arrested In Nevada After Girlfriend Cassandra Tomes Found Stabbed To Death In Her Corona Home – CBS Los Angeles
CORONA (CBSLA) — A Corona man wanted for the murder of his girlfriend, who was found stabbed...
By Patabook News 2021-11-10 19:40:02 0 75
Sports
Viewers guide: Title fights are great, but Edwards vs. Diaz might steal the show
8:30 AM ET For the past three years, Marvin Vettori has lived with the belief that he beat Israel...
By Patabook News 2021-06-12 14:10:01 0 221