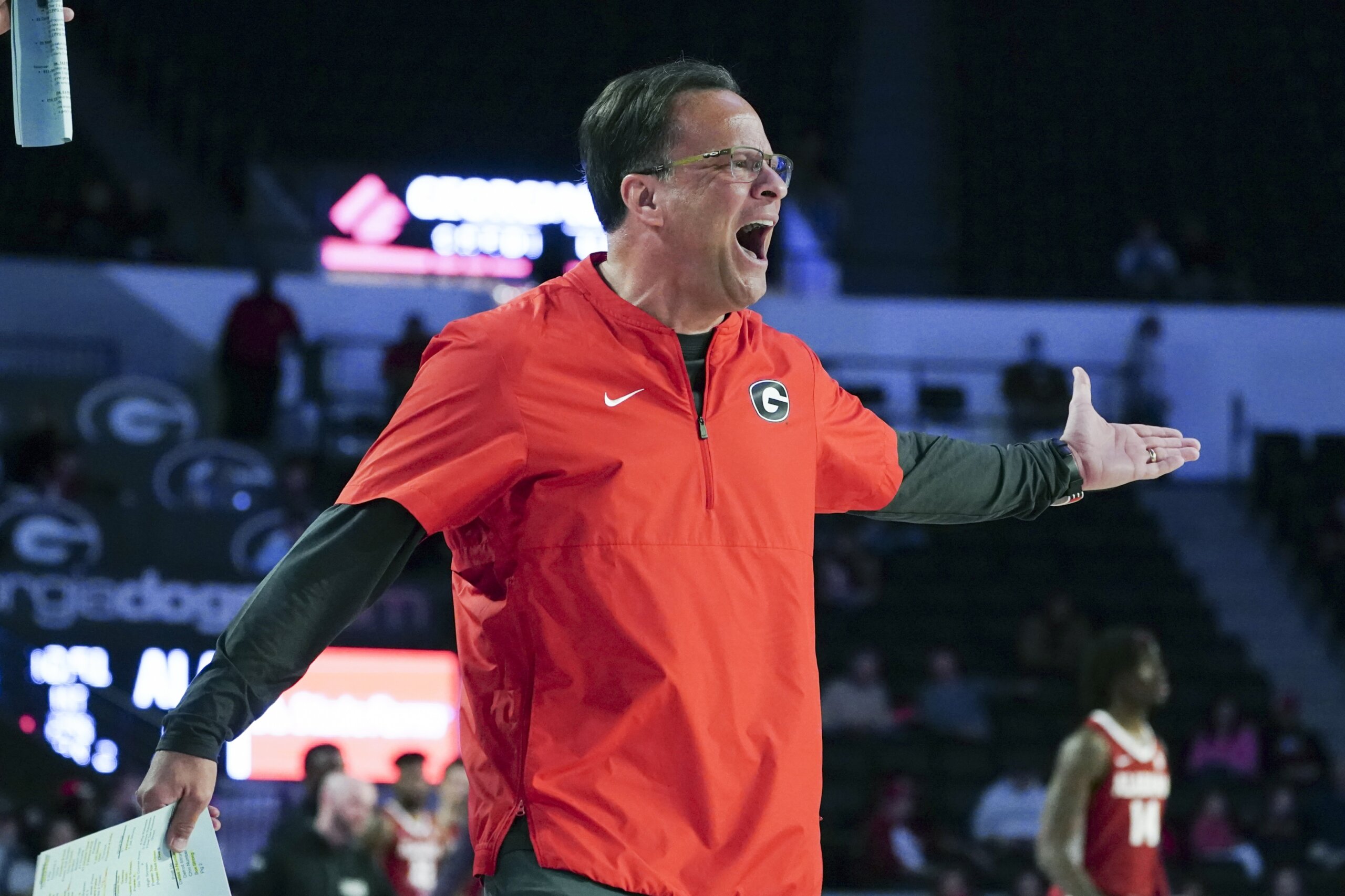 ATHENS, Ga. (AP) — Tom Crean has had a busy week. He was inducted into the Marquette sports hall of…

He was inducted into the Marquette sports hall of fame and notched his first Southeastern Conference win of the season, all amid the backdrop of social media criticism and questions about his future as Georgia’s men’s basketball coach.

Crean, who spent nine seasons as the coach at Indiana, said this is not new territory for him and he knows how to handle questions about his job security.

“It’s not my first time down that road in the coaching life, and you learn from experiences,” Crean said this week.

Nonetheless, it didn’t end well for him with the Hoosiers.

At Georgia, Crean is facing increasing backlash as the losses mount in his fourth season and his Bulldogs sit in last place in the SEC.

There will need to be more wins to sustain the feeling of relief. Only a dramatic turnaround can save Georgia (6-14, 1-6 SEC) from its fourth consecutive season with a losing conference record. The Bulldogs play at Vanderbilt on Saturday.

Even before beating Alabama, Crean said his team is better than its record.

“The bottom line is, we are closer in a lot of areas than maybe it appears to people,” he said.

Georgia junior Jaxon Etter said Crean has remained “as confident as ever.”

“There is just an urgency in his voice,” Etter said. “There is an urgency in everyone’s voice like, ‘Look, we have to figure this out. We’ve got to win basketball games if we are going to do anything special here at Georgia.’”

If second-year AD Josh Brooks is looking for a sign Crean is laying the foundation for success, the win over Alabama provided a rare glimmer of light. On his way off the court, Crean reached across the scorer’s table to exchange a high-five with Brooks.

Brooks could not be reached for comment on Thursday.

Georgia’s dismal start to its conference schedule is not a surprise. The Bulldogs were picked by SEC media to finish last in the league following the offseason departures of nine players through the transfer portal.

The most damaging hits to the Bulldogs’ outlook for this season came when the two leading scorers from last season moved to other SEC schools — Sahvir Wheeler to Kentucky and K.D. Johnson to Auburn. Johnson ranks 13th in the SEC with his average of 13.3 points for No. 1 Auburn. Wheeler leads the SEC with 6.9 assists per game for No. 12 Kentucky.

Even in the new era where transfers are common, the dramatic exodus of players was devastating. Crean tried to compensate by adding seven transfers, including point guard Aaron Cook from Gonzaga, Jabri Abdur-Rahim from Virginia and Kario Oquendo from Florida Southwestern State.

Even with star recruit Anthony Edwards on the team, the Bulldogs finished only 16-16 overall and 5-13 in the SEC in the 2019-20 season. Edwards was the No. 1 overall pick by Minnesota in the 2020 NBA draft following one season at Georgia.

Crean said the coronavirus pandemic robbed him of the opportunity to take full advantage of the recruiting bump expected from having the top draft pick.

“We were really never able to go out and recruit on that,” Crean said.

This year’s team lost two starters to season-ending knee injuries. Georgia’s only returning starter, forward P.J. Horne, was injured before the season. Jailyn Ingram averaged 10.7 points and six rebounds through nine games and, according to Crean, may have been the team’s best player before hurting his knee in early December.

“We had a really tough beginning there as well,” Crean said. “Yet we turned that thing into competing for the championship in the league and the next year winning the championship and going to the Final Four.”