Star Wars Galactic Starcruiser Is Prepping For Launch, Here’s Our First Look At The Crew 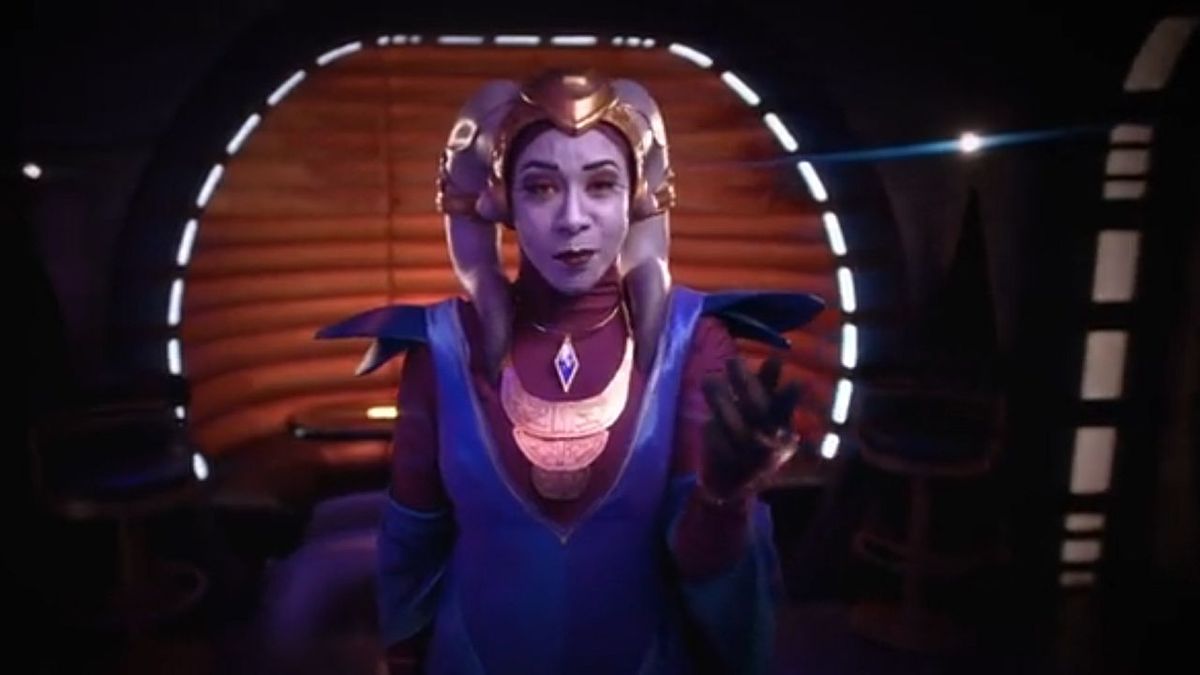 In less than two months the first guests will be boarding Disney World’s Star Wars: Galactic Starcruiser, one of the resort’s biggest new additions for 2022. The hotel that is also a themed Star Wars experience promises to be something unique in the themed entertainment space, and it looks like the Cast Members that will be bringing the experience to guests are pumped up and ready to get to work.

Walt Disney World President Jaff Vahle recently shared a picture to Instagram that includes him and a couple dozen of the Disney World Cast Members that will be running the Halcyon spacecraft when it takes its first voyages this March. This is the first time we’ve been able to see live cast members in their costumes. Check it out.

While we’ve seen concept art of cast member uniforms and we’ve seen some of the actual characters who will be inhabiting the Galactic Starcruiser, this was our first look and the normal human Cast Members and what they’ll be in as they assist guests throughout their two night adventure in a galaxy far, far away. And the outfits look good.

It’s almost hard to believe that we’re less than two months away from the opening of the Galactic Starcruiser. But all elements of the resort are getting ready for the new addition. Even the freeway signs are changing to help direct guests to the Galactic Starcruiser. Although, it should be said that the new signs are meeting some criticism as they’ve changed the color scheme and some fans miss the purple.

The two-night experience is designed to make guests feel like they’re spending two days aboard a luxury spacecraft in the Star Wars universe. It’s being promoted as an immersive experience where guests can play a role and pretend to be part of that universe if they choose to be, but to be clear, you do not go to space.

Star Wars: Galactic Starcruiser certainly won’t be an experience for everybody. With a price tag that can exceed $1200 per person per night, it’s not cheap. But then again, there’s no place in the world to get an experience quite like this. Everything you can do on the Galactic Starcruiser is a Star Wars fan’s dream. While reservations filled up quickly when they first went live, there have been reports of cancellations so if you’re interested, you might be able to still find room shortly after the Starcruiser opens for business.

If the Galactic Starcruiser is a success we can almost certainly expect other hotel/theme park hybrid experiences to pop up from Disney. Imagine one dedicated to the Avengers that makes you feel like you’re an actual superhero. Even if it’s not an instant hit, it seems more likely that we’ll watch Disney continue to tweak this one until it works. The potential here is quite limitless. We’ll begin to learn just how well it all works very soon.

The post Star Wars Galactic Starcruiser Is Prepping For Launch, Here’s Our First Look At The Crew appeared first on Patabook Entertainment.