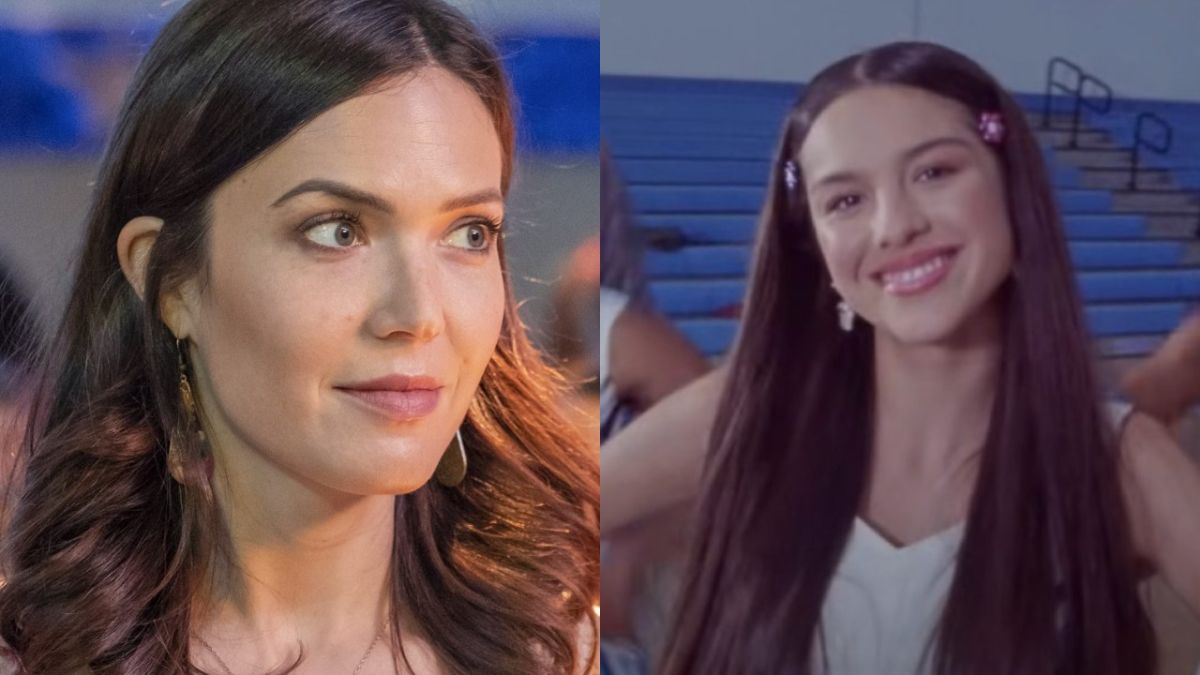 Before Mandy Moore became the matriarch of one of most beloved returning TV shows, i.e. This Is Us, or a Disney Princess in Tangled, she was the teen actress who starred in A Walk To Remember alongside Shane West. Moore turned 17 on the production of the romance adaptation before the 2002 film became a box office success and joined the genre’s lineup of classics. This week, the movie turned 20 years old, and Moore is looking to the next generation.

The 37-year-old actress, who is still so famous today that she deals with the paparazzi following her, recently reflected on the Walk To Remember anniversary to People. During their conversation, the actress was asked whether she’d like to see a remake of the film. In Moore’s words:

Olivia Rodrigo is an inspired pick, especially because it would follow in the footsteps of a pop singer/actress taking on the role. Back in 2002, Mandy Moore was a bubblegum pop artist who toured with *NSYNC and the Backstreet Boys. Today’s version of that is most closely aligned with Olivia Rodrigo, who soared to the top of charts last year with her hits like “drivers license” and “good 4 u,” the latter of which stirred a plagiarism controversy.

Funny enough, in Olivia Rodrigo’s “good 4 u,” music video she wears a blue cheer costume that is incredibly similar to an outfit Mandy Moore notably wore in one of her early roles in Princess Diaries. Check it out:

Before Olivia Rodrigo became a chart-topper for her album Sour, she first became known for playing Nini in the Disney+ series High School Musical: The Musical: The Series , which is based on the film series that originated on the Disney Channel Vanessa Hudgens and Zac Efron. It’d be interesting to see the singer star in another reboot, but even if it doesn’t happen, what an honor to be name dropped by Mandy Moore?

2002’s A Walk To Remember was based on the Nicolas Sparks novel, which was inspired by true events. The story follows two young teens who have an unlikely love story before Moore’s character falls ill with cancer. It was Adam Shankman’s second feature before going on to make Hairspray and the upcoming Disenchanted.

I certainly would not be surprised if Hollywood decided to take another crack at A Walk To Remember. Teen romances have been all the rage as of late, especially on Netflix. Last year, the streaming service remade She’s All That, and I’d imagine there will be more nostalgic classics that will be pulled off the shelf next.

The post Mandy Moore Wants To See Pop Star Olivia Rodrigo Remake One Of Her Most Iconic Roles appeared first on Patabook Entertainment.

Like
Comment
Share
Processing
Voice note recorded successfully
Record
Recording 00:00
Commenting has been turned off for this post.
Sponsored
Categories
Read More
World News
HFPA Hires Diversity Consultant, Says Two Law Firms Will Investigate Hotline Tips: “Our Progress Towards Reform Is Continuing”
The HFPA said today that it has hired a new diversity, equity and inclusion consultant and...
By Patabook News 2021-05-27 18:15:01 0 129
Homes
DIY Miniature Modern Party Home (with Real Swimming Pool)
To get this miniature online, you can visit this affiliated link below!...
By Patabook News 2021-08-04 03:20:02 0 112
US News
Where to get pumpkin bagels, pumpkin spiced lattes and more fall treats
The last time you carved a pumpkin, you probably didn’t stuff it — or even think to stuff it —...
By Patabook News 2021-10-26 19:40:01 0 69
US News
Big Businesses Heading Into Busy Holiday Season Looking For ‘Attitude Over Aptitude’ – CBS New York
EAST MEADOW, N.Y. (CBSNewYork) — Local businesses are already gearing up for the holiday...
By Patabook News 2021-10-12 10:40:01 0 63
US News
Two GOP senators slam RNC push to censure Kinzinger and Cheney
Both lawmakers — Mitt Romney and Bill Cassidy — voted to convict Donald Trump over the Jan. 6...
By Patabook News 2022-02-04 19:50:01 0 37