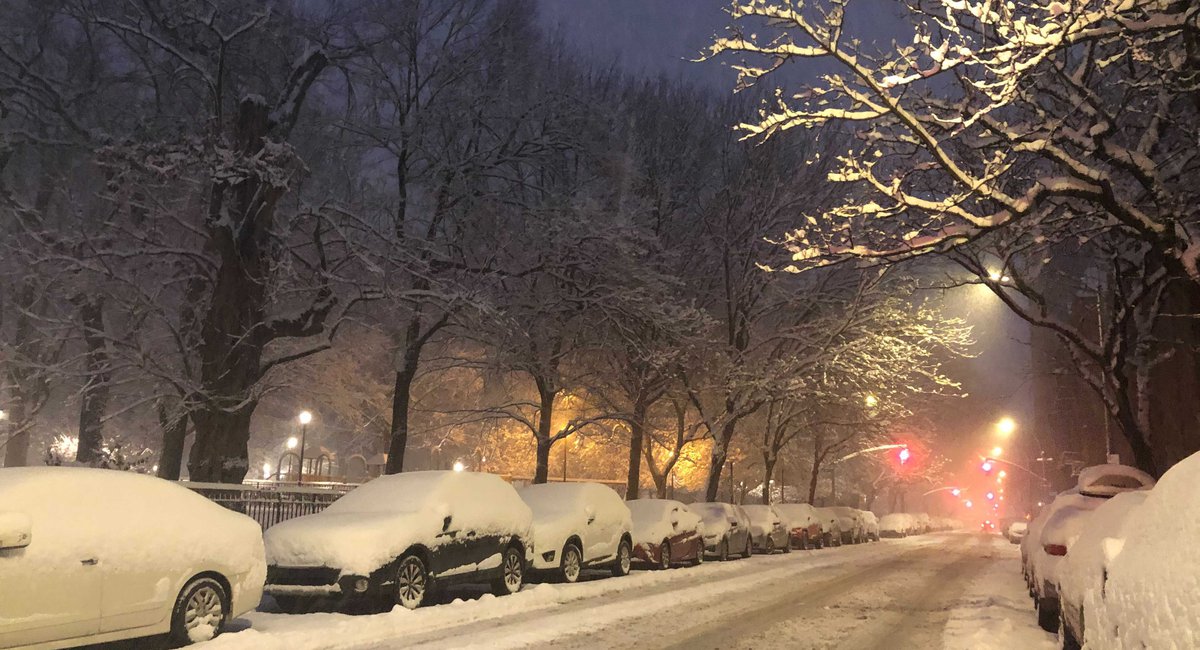 A fast-moving coastal storm could dump heavy snow on the New York City area this weekend, along with dangerous wind gusts and bone-chilling temperatures.

While the exact path of the storm remains uncertain, forecasters with the National Weather Service said the region would likely get more than six inches of snow — with the possibility of a foot.

“Buckle up,” said NWS meteorologist Tiffany Fortier. “There’s a high probability that we’re going to exceed six inches of snow throughout the entire duration of the storm.”

The storm is projected to begin late Friday night, with the heaviest snowfall happening overnight. What happens next will depend on the speed of a low pressure system currently moving up the East Coast, according to Fortier.

“If it remains west, as some models are showing, New York city could see a foot,” Fortier added. “It’s possible for conditions to rapidly deteriorate, it really depends on what track it decides to take.”

As it stands, portions of New England are expected to see the highest totals, with accumulations up to eighteen inches. New Jersey and Connecticut may also see significant snowfall.

Intense wind gusts could create blizzard-like conditions in the region, along with significant waves that could threaten coastal flooding, Fortier said.

Once the storm finishes, an Arctic cold front is poised to hit the region on Sunday, icing over the remnants of whatever the storm brings. While cold snaps have shortened in length in the region due to climate change, the severity and frequency of those snaps — called polar vortex disruptions — have grown more intense.

“There’s a really big range and it depends on the trajectory of the storm,” Fortiera said.