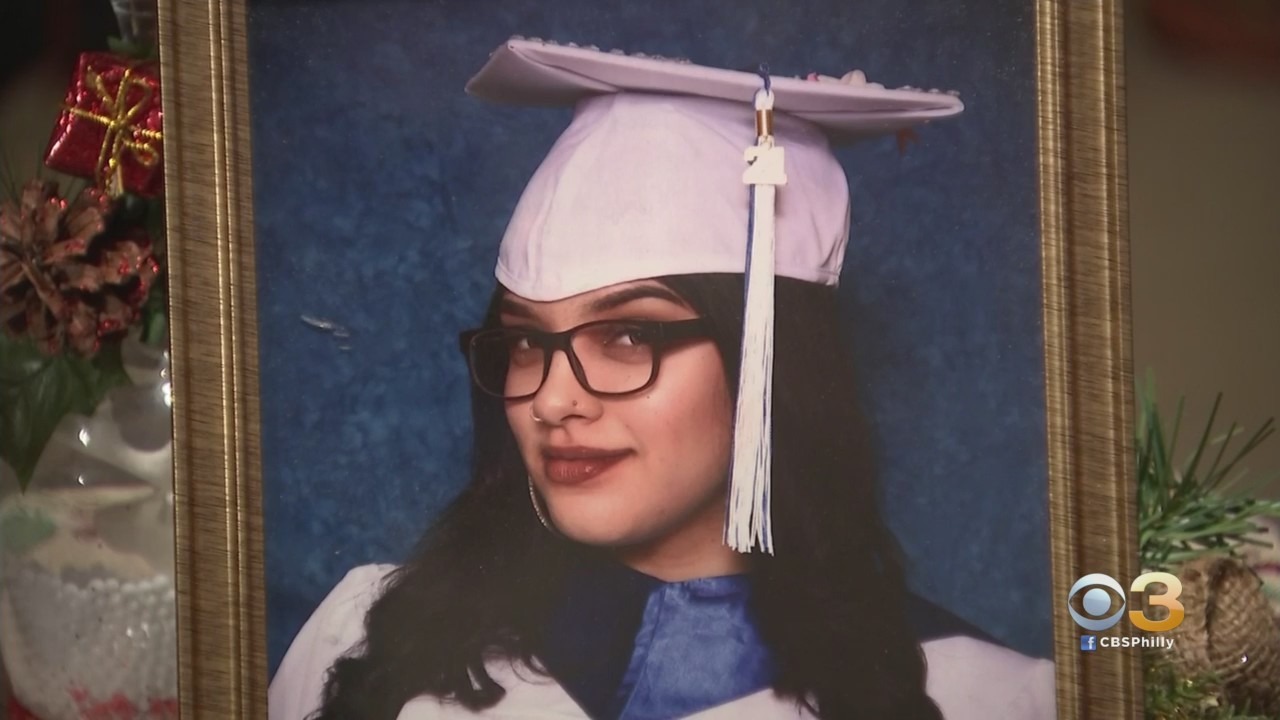 PHILADELPHIA (CBS) — A 19-year-old woman was killed in a North Philadelphia double shooting Thursday night, according to police. It happened on the 200 block of West Glenwood Avenue around 9:45 p.m.

Ramonita Jusino’s family is mourning a huge loss. A life cut short when she was killed on her 19th birthday.

Orlando Reyes is digesting the devastation that transpired inside his West Glenwood Avenue home Thursday night.

Just before 10 p.m. gunshots were fired into the house, leaving everyone inside running for cover.

“One bullet hit her heart. She was dead,” Reyes said.

Ramonita Jusino was standing in the dining room talking to her grandmother when she was shot. Her 23-year-old cousin was shot in the hand but is expected to survive.

“My whole family, everybody is — it’s hard. You kill a baby. You killed an innocent — she was innocent. Never have no problem. Good student,” Reyes said.

Ten bullets pierced the first-floor windows, five hit the exterior wall and at least one entered a second-floor bedroom where a 3-month-old baby was sleeping.

“I ran to the door to see what had happened. I didn’t see nobody,” Reyes said.

Reyes says Ramonita was about to get ready for her overnight shift at Walmart, and the family planned on celebrating her birthday once she got home from work. He says he has no idea who could’ve done this.

On the first floor, the bullets were so powerful they blasted through the TV sitting in front of the window, damaged furniture, and walls — even hitting cabinets in the kitchen where Reyes was at the time.

“I wish it would’ve been me not her. She had her whole life. I’m already old person,” Reyes said.

While he decided to stay behind, Reyes says the entire family is currently staying at another relative’s house for fear the person or people responsible may return.

In the meantime, this is still an ongoing investigation. So far no weapons have been recovered, and no arrests have been made.

Like
Comment
Share
Processing
Voice note recorded successfully
Record
Recording 00:00
Commenting has been turned off for this post.
Categories
Read More
US News
Charges Against Former MSU President Simon Dismissed In Nassar-Related Case – CBS Detroit
DETROIT (AP) — State prosecutors lost their bid to reinstate charges against the former...
By Patabook News 2021-12-23 16:40:01 0 22
Movies
Captain Marvel 2: Nia DaCosta Teases How The Sequel Is A ‘Different Beast’
Marvel fans can re-watch Captain Marvel’s time in the MCU so far on Disney+. You can use...
By Patabook News 2021-08-23 22:00:01 0 50
US News
Folding Furniture Market Trends analysis report and Segment forecast To 2026
Demand Analysis of Folding Furniture Market and Research Overview: The report on the Global...
By Akshay Kadam 2021-12-31 12:18:43 0 36
US News
Grayslake Business Owner Devastated After Instagram Account Hacked, Held for Ransom – NBC Chicago
A suburban small business owner says her Instagram account was hacked, with the thief demanding...
By Patabook News 2021-11-23 05:40:01 0 39
US News
‘I thought I was done for:’ Victim recounts Thanksgiving Day stabbing in Niles parking lot; Skokie man charged with attempted murder
The man said he was inside his car in the drive-thru lane, picking up some tacos after working...
By Patabook News 2021-12-01 09:40:01 0 39