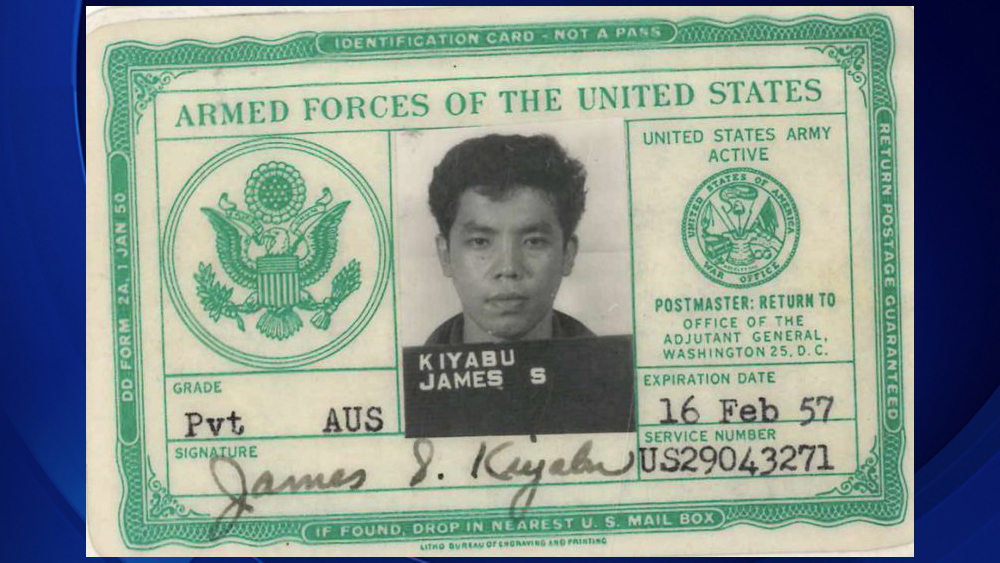 SAN BERNARDINO (CBSLA) — He wasn’t here to receive it, but a veteran’s dying wish to earn his high school diploma has been granted.

Corporal James Kiyabu was a high school student in Hawaii when he joined the military in August of 1954 after witnessing firsthand the lasting effects of World War II. He received the Army’s Good Conduct Medal and was honorably discharged a few years later.

But, Kiyabu always regretted not finishing his education.

“Probably for the first 20 years of my life, pretty much all my dad ever talked about was education, and how one of his biggest regrets was that he never finished the first part of his education, to be able to go on to the second,” his son, Randy Kiyabu, said.

Kiyabu died in Apple Valley in 2014, but it was not too late for Operation Recognition Veterans Diploma Project. The program, a joint effort between San Bernardino County Superintendent of Schools and the San Bernardino County Department of Veterans’ Services, awarded the late corporal with his high school diploma, which was accepted Thursday by his son.

Randy Kiyabu, who was the first in his family to graduate from college, said accepting his father’s high school diploma was “bittersweet.”

“It was my father’s final wish that he would receive a high school diploma,” he said.

Corporal Kiyabu is now one of 275 veterans in the county who have been honored and recognized by the project since 2009.