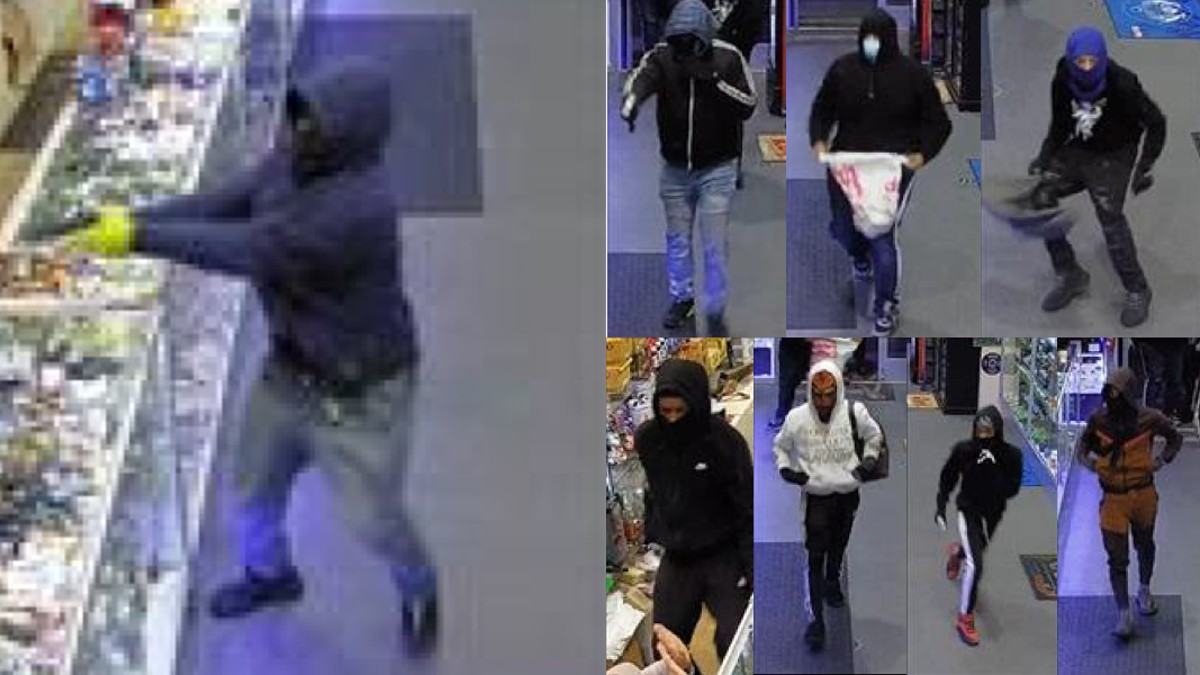 PALO ALTO (CBS SF) — Eight people stormed into a Palo Alto smoke shop, pistol-whipped the store clerk, and made off with merchandise and cash from the register, police said Friday.

The robbery happened Thursday night just before 10 p.m. at Raw Smoke Shop at 265 California Ave. The clerk, a man in his 50s, told police at least two of the robbers were armed with handguns when they entered the shop. One of them ordered the clerk to the ground and another pistol-whipped him in the back of the head.

While the robbers stole merchandise and cash from the register, the clerk remained on the ground for the duration. He told police he believed most of the suspects were Black but all were wearing face coverings and he couldn’t provide any further descriptions.

All the suspects fled the store before police arrived and the victim could not see from his position whether they escaped on foot or in a vehicle. The clerk sustained minor injuries to his head but he declined medical attention, police said.

Police released surveillance images of all eight suspects and said there have not been any similar cases in Palo Alto in the recent past.