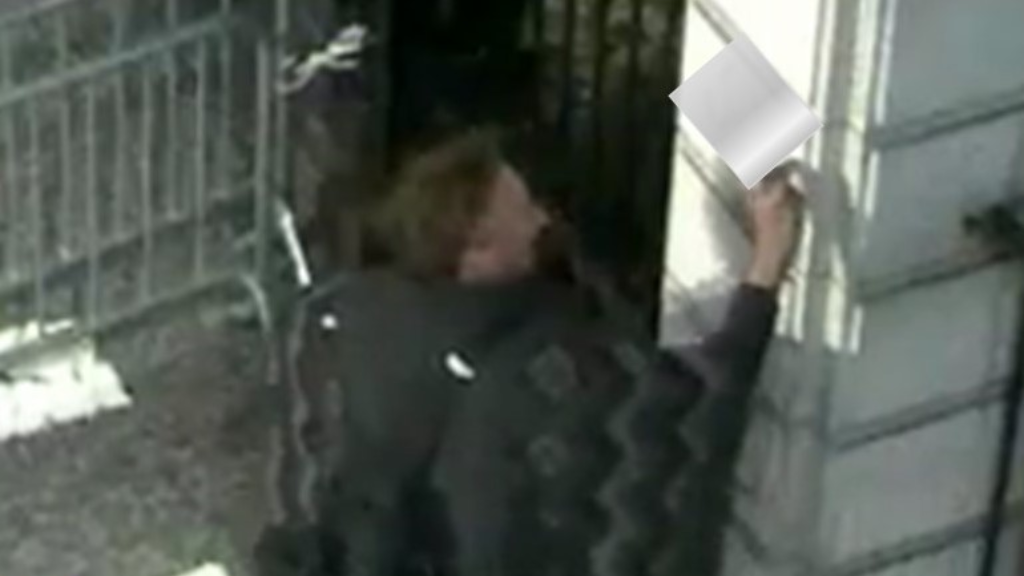 James Ryan, 39, was taken into custody Thursday on charges of criminal mischief as a hate crime and aggravated harassment.

Surveillance video showed a man drawing a swastika on a pillar at City Hall on Monday evening.

Earlier this month, he’s accused of drawing three swastikas on the wall of a construction site on Maiden Lane.

MORE NEWS: Man Dies After Being Slashed And Shot In The Bronx

“I am appalled and disgusted that a swastika was scrawled on the wall of the Brooklyn Bridge/City Hall subway station. No one should walk the streets in fear of hate, bigotry and antisemitism,” Hochul said in a statement earlier this week. “An attack on a Jewish New Yorker is an attack on all of us. If you commit a hate crime, you are picking a fight with 20 million New Yorkers. We are united in saying that hate has no home here in New York.

Like
Comment
Share
Processing
Voice note recorded successfully
Record
Recording 00:00
Commenting has been turned off for this post.
Sponsored
Categories
Read More
US News
Tonga volcano eruption ‘hundreds of times’ more powerful than Hiroshima atomic bomb, NASA says
Jim Garvin, chief scientist at NASA’s Goddard Space Flight Center, said the eruption of the...
By Patabook News 2022-01-25 05:45:01 0 48
US News
Michigan is trying to lure electric car makers
Michigan wants to remain a center of automotive development and manufacturing. As the state faces...
By Patabook News 2022-01-01 01:40:01 0 65
US News
Denver Beta Nightclub and Blake Street Violent Crime Update
Violent crime exploded in downtown Denver over the summer, with much of it in the 1900 block of...
By Patabook News 2021-10-26 15:40:02 0 75
Sports
Ohtani No. 1 seed in MLB’s HR Derby bracket
11:25 PM ET New York Mets slugger Pete Alonso, secret weapons in tow, is ready to defend the Home...
By Patabook News 2021-07-08 05:25:01 0 89
Real Estate
Smart Strategies for Investing in Miami Real Estate | Investing in Miami Condos
We have been analyzing the Miami real estate market for more than 10 years now. We are always...
By Patabook News 2021-08-10 02:15:01 0 152