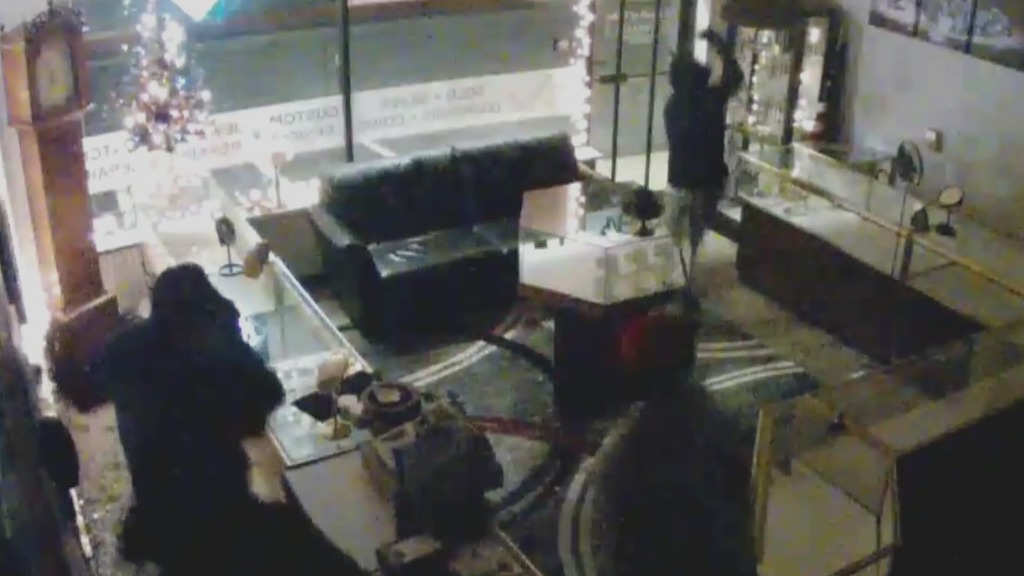 BURLINGTON (CBS) – Police in Burlington, Medford and Everett are searching for a group of brazen thieves connected to a string of jewelry store robberies.

“They’re in and out quick, wielding hammers. They all have masks, dressed to obscure their identity,” said Burlington Police Lt. Michael McDade.

A similar robbery unfolded at Roland’s Jewelers in Medford.

It took less than a minute to clear out decades worth of inventory at this High Street jewelry store.

Police believe this group may be connected to robberies in Everett and southern New Hampshire.

“I don’t know if it was well-planned. Hammer, smashing windows literally right on High Street in Medford at 6 a.m. on a Sunday morning with traffic going by,” said Racicot.

Burlington Police are desperate to put an end to this crime spree.

“I think of a patrol officer out here by himself, just rolling across and having nine suspects, with some of them having hammers in their hand,” McDad said.

Several police departments are sharing information and surveillance footage in hopes of narrowing in on the suspects.