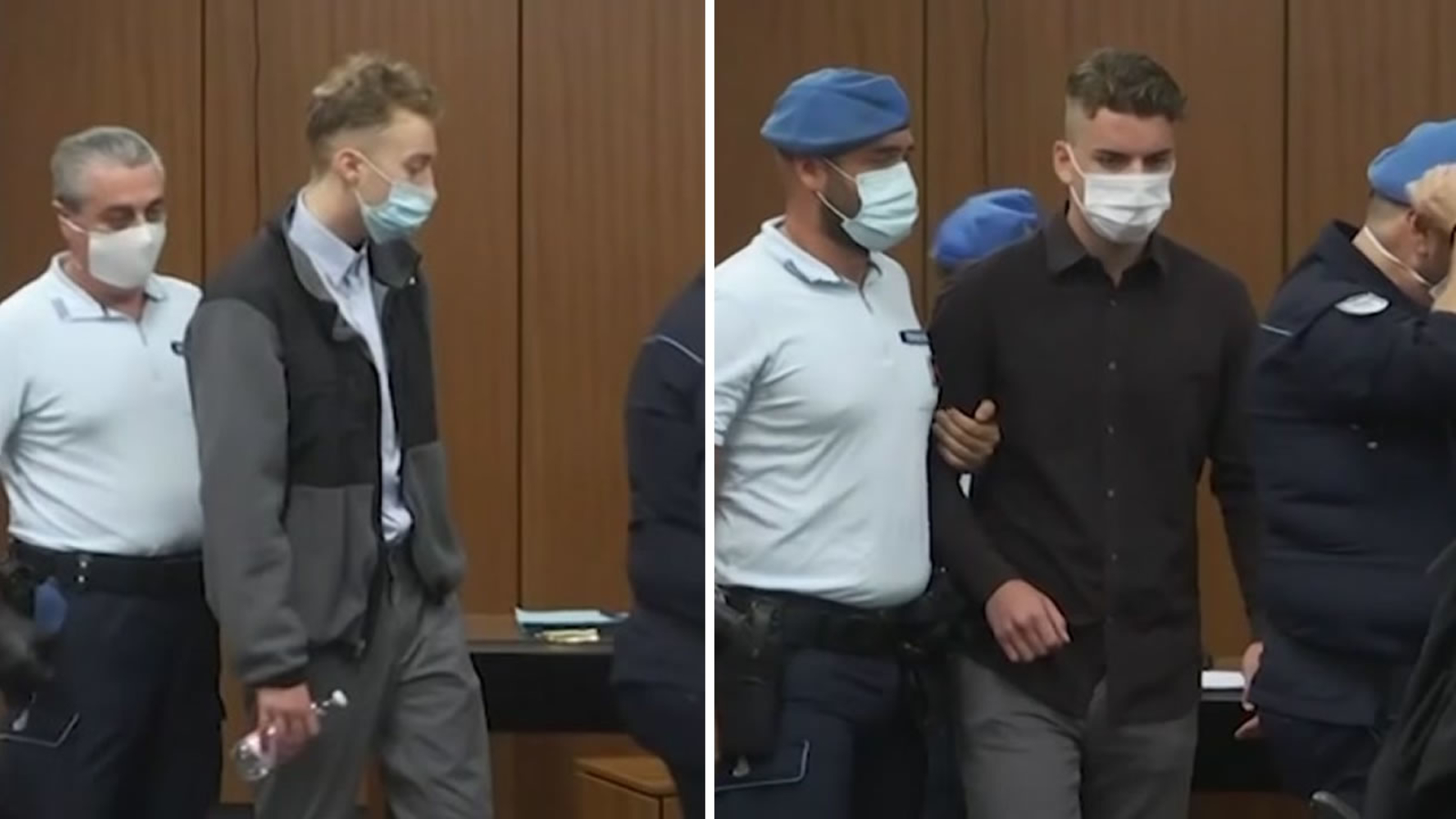 ROME (KGO) — Two Bay Area college students are serving life sentences in Rome for the stabbing death of an Italian police officer in July 2019, but now, three key witnesses from the trial have been charged with perjury.

One of those accused of lying on the stand is Constantin Saracila, a homeless man who testified that he saw Finnegan Elder of San Francisco and Gabriel Natale-Hjorth of Marin County talking to two officers of the Carabinieri, the Italian paramilitary police force, before the deadly struggle: “After a brief interview, one of the two became aggressive. In order not to be seen, I hid and went to sleep.” This bolstered the prosecution’s assertion that the officers, Mario Cerciello Rega and Andrea Varriale, identified themselves as law enforcement before the deadly altercation.

The Americans testified the officers rushed and grabbed them without identifying themselves as police. Cerciello Rega and Varriale were not wearing police uniforms, and were not carrying their police identification, their service weapons or handcuffs at the time. The defense pointed out that the commander of a nearby Carabinieri station had ascertained that Saracila was not present at the scene.

Also charged with perjury: Ahmed Tamer, a parking lot attendant who witnessed the initial drug deal, and Italo Pompei, a convicted drug dealer who admitted giving Natale-Hjorth crushed over-the-counter pain reliever instead of cocaine. Both men failed to disclose during the trial that they had acted as informers for the Carabinieri before the night of the deadly altercation.

Elder and Natale-Hjorth were on vacation in Rome when Natale-Hjorth tried to buy cocaine. When the deal was interrupted by police, the Americans took the backpack of Sergio Brugatelli who had introduced the students to the dealer. Later that night, Natale-Hjorth arranged to return the backpack if Brugatelli returned his money, but Brugatelli called the police. The Americans expected only Brugatelli to attend the meeting after 3 a.m. on a Rome street corner. They testified Cerciello Rega and Varriale did not identify themselves as police before the officers grabbed the Americans. Natale-Hjorth was able to get away from Varriale, but Cerciello Rega outweighed Elder by 100 lbs. and pinned him to the ground on his back. Elder pulled a US Marine-style combat knife from his sweatshirt and stabbed Cerciello Rega eleven times. Elder testified that he feared for his life and thought he was being attacked by a thug sent by the drug dealer.

Both Elder and Natale-Hjorth are appealing their murder convictions and life sentences; hearings have not been scheduled but are expected for this coming February or March. The Italian attorney for Finnegan Elder, Roberto Capra, told the I-Team’s Dan Noyes, he believes the perjury charges for the three prosecution witnesses “might have a positive impact. The perjury charges may demonstrate what Elder’s defense has always argued: that many people involved with this story have lied and that the truth is yet to be clarified.”

Sergio Brugatelli will not testify at the appeal; he died of a stroke on September 26th in his home in Portuense. He was 49-years-old.

Dan Noyes of the ABC7 News I-Team reported on the case in an hour-long documentary called “32 Seconds: A Deadly Night in Rome.” You can stream it right now in the featured row of our ABC7 Bay Area connected TV app on Roku, Amazon Fire, Android TV and Apple TV. App download information here.
RELATED STORIES & VIDEOS: