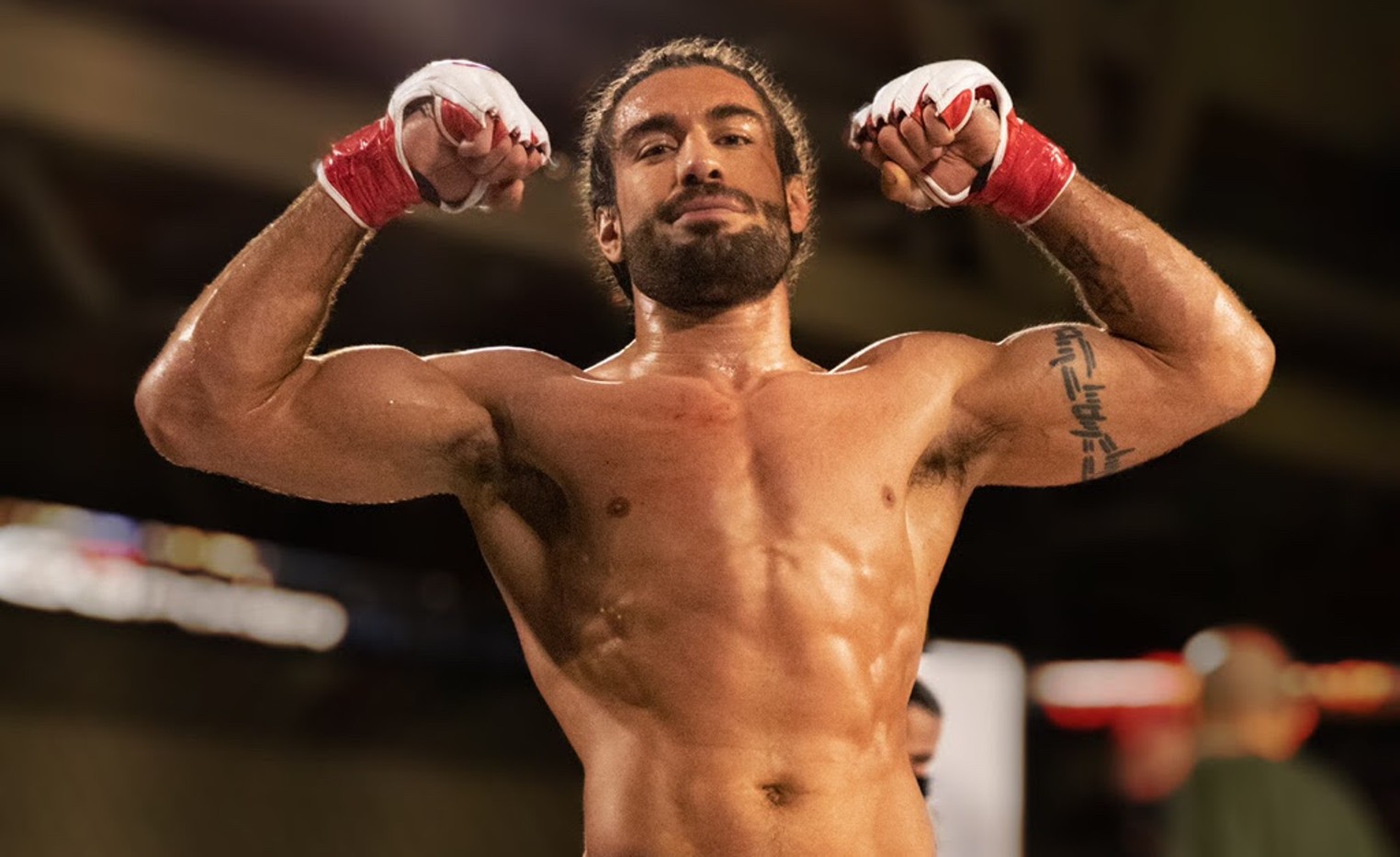 Elias Theodorou has fought Ultimate Fighting Championship title challengers and Olympians in his decade-long career as a professional mixed martial artist, but his biggest wins might be against athletic commissions.

Theodorou will fight in Colorado for the first time on Saturday, December 18, when he squares off against fellow middleweight Bryan Baker at the Island Grove Event Center in Greeley. It will be his second professional fight with a therapeutic use exemption (TUE) for medical marijuana, but the first such exemption issued by a state athletic commission inside the United States.

The 33-year-old Canadian has a form of neuropathy that causes nerve damage in his upper body, and he prefers using medical marijuana instead of opioids to treat the pain. However, the United States Anti-Doping Agency (which also governs Canadian sports) currently considers marijuana a performance-enhancing drug, suspending athletes who test positive for it while rejecting attempts at marijuana TUEs.

While fighting for the UFC, Theodorou petitioned USADA for his medical marijuana use during training, but the federal drug-testing organization informed him that all other traditional medical options, including opioids, had to be exhausted first. Theodorou rejected the idea, and left the UFC in 2019 despite a successful run that included an 8-3 record and winning the Ultimate Fighter reality-TV series.

Support the independent voice of Denver and
help keep the future of Westword free.

“[USADA] agreed about my condition, but they essentially wanted me to try every drug under the sun first, and I would’ve had to take opioids, anti-depressants and painkillers, all while they had this public campaign to spread awareness about opioid addiction,” Theodorou recalls. “I guess ‘hypocritical’ is one word to describe it, but it was a ridiculous process.”

According to Theodorou, the UFC was supportive of his cause — the organization eventually lifted its own ban on athlete marijuana use in January 2021 — but told him he ultimately had to comply with USADA’s decision. Willing to risk a promising career in martial arts, he decided to put a foot in the advocacy ring, but not without coming up with a good game plan first.

Although national MMA promotions like the UFC follow USADA’s rules and drug-testing protocols, Theodorou could still get a TUE from state or provincial athletic commissions for smaller fight cards. His first success came in his native Canada, where marijuana is federally legal. After securing his first marijuana TUE from the British Columbia Athletic Commission, Theodorou knocked out fellow former UFC fighter Matt Dwyer in March, improving his overall MMA record to 18-3.

The real victory, though, was with the sanctioned athletic commission, according to Theodorou, which operates like a loosely connected court system for combat sports. Months after his British Columbia fight, the Colorado Office of Combative Sports and Colorado Combative Sports Commission granted Theodorou a TUE for medical marijuana — the first such exemption in America — and the Nevada Athletic Commission announced that it will no longer disqualify athletes for marijuana possession or testing positive for marijuana.

“This is becoming a building block for medical cannabis rights — being able to do so in Canada, and taking that precedent to Colorado,” Theodorou notes. “Because all of these athletic commissions work with each other, it sets another precedent. If an athlete gets busted for steroids in Nevada, he can’t just go fight in New York during the suspension. The same works in a positive way. I was approved for a therapeutic exemption in March in B.C., then I applied for one in Colorado, and they approved it as well.”

Despite the back-to-back wins with athletic commissions, Theodorou acknowledges that he’s selective about the states in which he applies for TUEs, and is likely to continue to apply in states with legal-marijuana frameworks. He doesn’t believe his situation is necessarily unique, however, and thinks more athletes could follow suit if they used his strategy as long as they’re prepared for a long battle and less exposure on regional showcases.

“I should be able to use my medicine, which is cannabis, in the same competitive playing field that everyone else is allowed to for their medicine,” he argues. “People have tried it before, but it’s a long process. I just didn’t take no for an answer.”

Even UFC fighters complain about fighter pay, though, and the ticket sales at Theodorou’s fight for the Colorado Combat Club on December 18 won’t come close to his national cards. To supplement his income, the Las Vegas resident plays in World Series of Poker tournaments (there’s no testing for pot in that league) and has become the co-promoter of his upcoming fight. Theodorou is also creating and selling non-fungible tokens of his recent fights with New World, and is willing and ready to take on marijuana sponsors.

Theodorou, who’s only lost to ranked opponents in his career, is happy to see the State of Nevada and the UFC update their marijuana policies, adding that he will “never say never” on a return to what is considered the world’s best MMA promoter. It’s USADA that he’s waiting on.

When U.S. sprinter Sha’Carri’ Richardson was suspended from the Olympics for testing positive for marijuana, USADA officials called marijuana’s place on the international banned-substance list outdated, even expressing a desire to lift the prohibition. Little has developed from the outcry over Richardson’s suspension, however, and a Marijuana Moment report details how the U.S. pressured the World Anti-Doping Agency into adding marijuana to its list of banned substances for international athletes.

“USADA is still very reluctant to change these precedents,” Theodorou says. “It’s always an uphill battle, because USADA is funded by the U.S. government, so it views cannabis the same way the government does. But when I became a free agent from the UFC, I was able to be an agent of change in a different way.”

Like
Comment
Share
Processing
Voice note recorded successfully
Record
Recording 00:00
Commenting has been turned off for this post.
Categories
Read More
US News
Multiple Massachusetts Jewelry Stores Burglarized In String Of Smash-And-Grab Robberies – CBS Boston
BURLINGTON (CBS) – Police in Burlington, Medford and Everett are searching for a group of...
By Patabook News 2021-12-16 22:40:01 0 28
Sports
Sources: Cavs acquiring Rondo in Lakers trade
11:20 AM ET The Cleveland Cavaliers have agreed to trade Denzel Valentine to the Los Angeles...
By Patabook News 2021-12-31 22:30:01 0 17
US News
MIT student pranks Harvard with fake dating ‘app’
Local “One afternoon I thought, ‘how...
By Patabook News 2021-11-12 05:40:02 0 23
US News
Kim Potter Trial: State Files Motion To Question Officers About Union Membership, Public Employees Association Opposes Motion – WCCO
MINNEAPOLIS (WCCO) — The prosecution in the Kim Potter trial has filed a motion in Hennepin...
By Patabook News 2021-12-13 22:40:02 0 37
Women
Surrender Begins Where Effort Ends
Throughout life we are presented with struggles and our minds do everything in their power to...
By Patabook News 2021-10-11 23:50:02 0 67