Inflation Causing Hardship During Holidays for Nearly Half of American Households 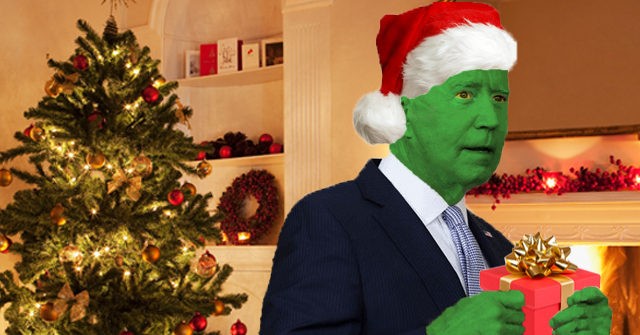 The survey found that 45 percent of American households report that recent price increases are causing their family some degree of financial hardship.

Prices have risen at the fastest pace in decades just as Americans are headed to shops and online to make Christmas season purchases. High home heating fuel prices are also hurting household finances as the nights turn colder in much of the U.S.

There’s some political divide when it comes to inflation. Republicans and independents were equally likely to say they are suffering from severe hardship, at 11 percent. Among Democrats, the severe share was eight percent. Moderate hardship was reported by 42 percent of Republicans, 38 percent of moderates, and just 28 percent of Democrats.

To put it differently, 63 percent of Democrats say they are suffering no hardship at all from inflation while just 51 percent of independents and 47 percent of Republicans say that.

The Gallup survey makes it clear that claims by some leftwing activists and journalists that inflation worries were being driven by the wealthy did not reflect the experiences of American households. President Biden himself claimed in July that no “serious” economist was concerned about inflation.

Lower-income Americans of all races have also seen setbacks in the early months of the Biden administration.

The latest data on prices from the Bureau of Labor Statistics shows that prices jumped much higher than expected in March. The annual gain of 4.2 percent is the highest since 2011, although this is somewhat of a statistical illusion created by the depression in demand for goods and services after our political leaders ordered everyone to shelter at home to protect themselves from Covid-19. But even the monthly gains exceeded expectations, rising 1 percent compared with a forecast of half that.

Inflation weighs particularly hard on those at the lower end of the income scale. A much larger share of income goes into current consumption, so higher prices squeeze budgets more. Meager savings are much more likely to be in low-interest paying bank accounts than in equities or inflation hedged investments, so they are vulnerable to to the deterioration of the buying power of the U.S. dollar.

Contrast the shares of household spending with the top income brackets. The top third of households, measured by income, spend around 8 percent of income on transportation, according to Pew Charitable Trusts. Statista gives higher figures for the top quintiles but still a good deal below the bottom quintiles. The same goes for food—it takes up less of a wealthier family’s income and makes up less of its monthly expenditures.

What’s more, wealthier households are more likely to benefit from the “upside” of inflation because they have more fixed interest rate debt that gets to be paid back in depreciated dollars in an inflationary environment. By contrast, households with floating rate debt—such as credit cards—do not benefit because the rates tend to rise alongside inflation. Similarly, lower-income households are more likely to rent their homes than upper-income households, and rents rise with inflation.

Inflation also tends to be good for equities over the long term because companies can raise prices, which translates into higher earnings and higher stock prices. The top one-percent of income earners have 47.9 percent of their wealth in publicly traded stock and mutual funds, a far higher share than lower-income Americans. Particularly if wage gains drag behind prices and interest rates remain low, higher inflation can be very good for stocks, which is one reason we keep seeing new market highs.

Biden, who won office on a promise to combat inequality and only hike taxes on very wealthy Americans, has presided over a stealth inflation-tax hike over lower-income households.

Welcome to Biden’s America, where the poor pay more.

Gallup’s latest poll confirms that this has come to pass.

The post Inflation Causing Hardship During Holidays for Nearly Half of American Households appeared first on Patabook News .