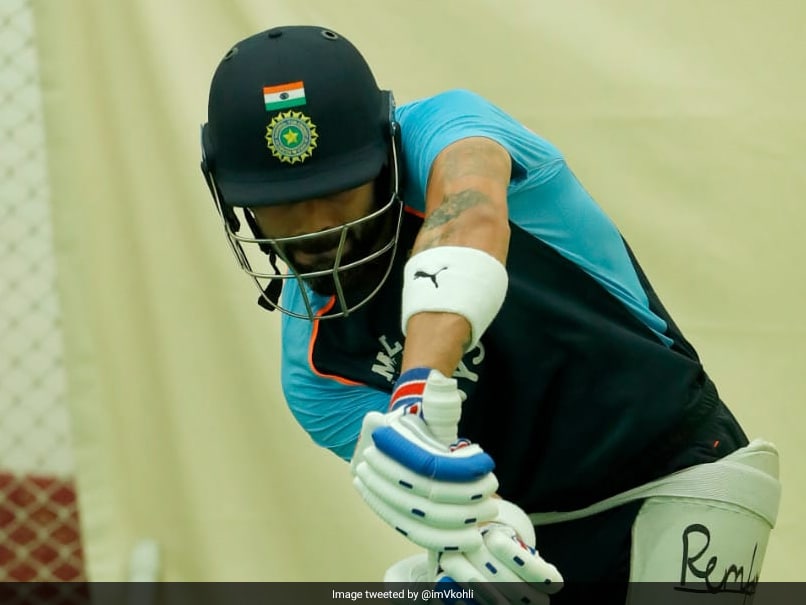 Virat Kohli is all set to return to international cricket after a short break when India take on New Zealand in the second Test match at Mumbai from Friday. Kohli was rested for the T20I series against New Zealand, as well as the first Test in Kanpur, which ended in a draw. His return poses a test for the team management, as his replacement in the last Test, Shreyas Iyer, slammed a century and a half-century on debut.

Kohli took to social media site Koo to announce his return in the whites for Team India, “Back to Test cricket,” was the caption on the post.

Kohli will be looking to end his barren run of not having scored a century in over two years now across all formats. His last century came against Bangladesh in 2019.

The Indian captain has scored runs but he has not looked his dominating self over the past two years. Mumbai is a venue where Kohli has scored plenty on runs in Test cricket and he would want to have an immediate impact on the team’s fortunes.

India has never lost or drawn a series at home under Kohli’s captaincy and he would want to keep that record going by helping his team win the second Test against the Kiwis.

Topics mentioned in this article

Like
Comment
Share
Processing
Voice note recorded successfully
Record
Recording 00:00
Commenting has been turned off for this post.
Categories
Read More
World News
Lefty hits ’em straight, has clubhouse lead at PGA
2:22 PM ET KIAWAH ISLAND, S.C. — Phil Mickelson is the clubhouse leader at the PGA...
By Patabook News 2021-05-21 23:30:02 0 145
US News
Is the cold hurting my dog’s paws? Dog experts explain when to worry
As humans bred dogs to be companions, herders, hunters or ratters, we also bred some...
By Patabook News 2021-12-13 08:40:01 0 41
Fashion
Beyoncé Shared a Ton of Euro Vacation Photos With Rumi and Jay-Z on the Afternoon of the Met Gala
Beyoncé was photographed in Cannes, France, yesterday, and while it’s not 100 percent...
By Patabook News 2021-09-13 20:00:01 0 303
US News
Paul McCartney says John Lennon responsible for Beatle breakup
Paul McCartney has revisited the breakup of The Beatles, flatly disputing the suggestion that...
By Patabook News 2021-10-10 19:40:01 0 51
US News
Trump appeals to Supreme Court to block Jan. 6 committee from getting his White House documents
Trump claims that his executive privilege means the documents should be kept secret even though...
By Patabook News 2021-12-24 11:40:02 0 24