McCarthy accuses AOC, Tim Ryan of ‘heckling,’ ‘trying to shut me down’ during marathon House speech 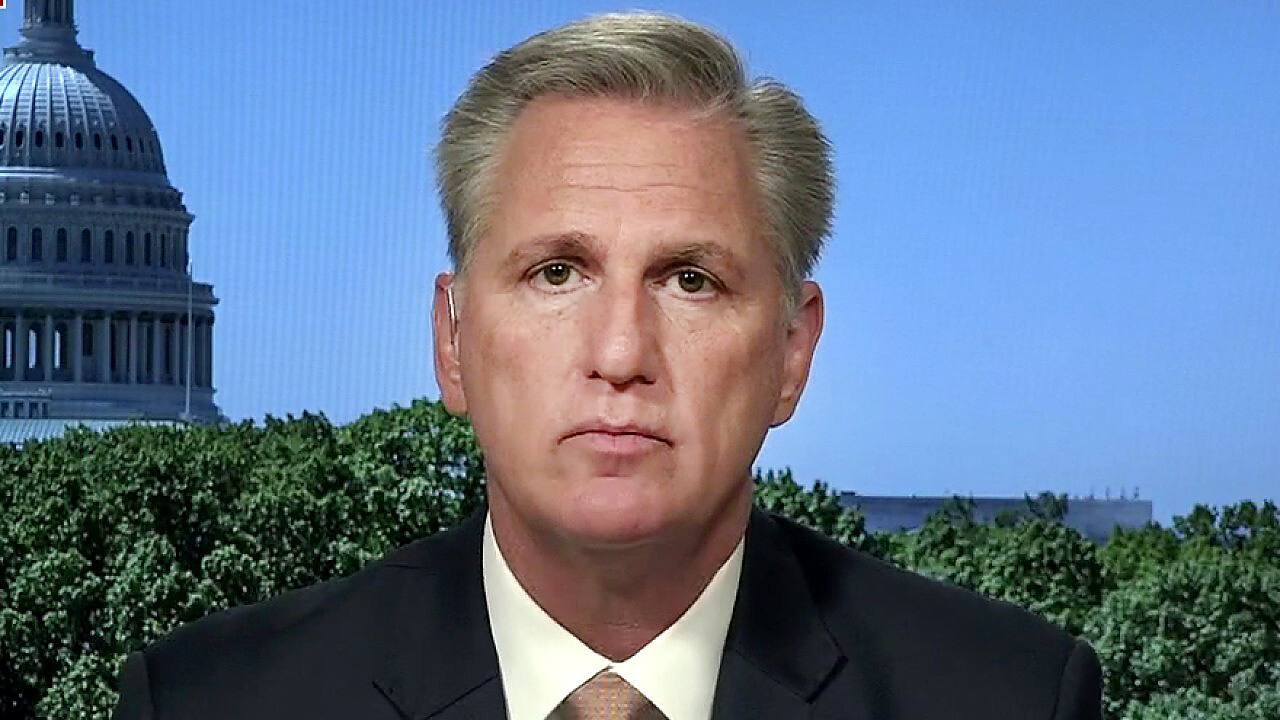 House Minority Leader Rep. Kevin McCarthy, R-Calif., on Sunday accused a couple House Democrats of relentlessly “heckling” him and “trying to shut” him down during his marathon floor speech last week against the massive spending package of President Biden and the Democrats.

During an appearance on Fox News’ “Sunday Morning Futures,” McCarthy told anchor Maria Bartiromo that he was appalled by the amount of heckling that Reps. Alexandria Ocasio-Cortez, D-N.Y., and Tim Ryan, D-Ohio, would try to do in an attempt to stop him from being able to speak.

McCarthy’s eight-hour speech, which started Thursday night and ended before dawn the next day, delayed a vote on the $1.9 trillion Build Back Better Act, which eventually passed the House Friday morning.

House Minority Leader Kevin McCarthy after a vote at the U.S. Capitol in Washington, D.C., on Friday, Nov. 19, 2021. (Stefani Reynolds/Bloomberg via Getty Images)

“What was so interesting was how bad they were fighting back with every word I would say,” McCarthy recalled. “And I know back home you can’t really hear it or see it, but when you’re on the floor you can. It was interesting. It was AOC and Tim Ryan. Those were the ones who would yell the loudest.”

“They would scream from the other side trying to shut me down,” he continued. “And then you’ve watched the speaker, Nancy Pelosi, come and tap every Democrat to leave the chambers thinking I would stop. And that’s when I said to the American public, ‘You can leave, it’s OK, I’m not gonna stop.’ Because I’m not there for the Democrats, I was there for the American public.”

McCarthy recalled one instance when Ocasio-Cortez yelled out after he quoted Rep. Abigail Spanberger, D-Va., who said earlier this month that “nobody” elected President Biden to be former President Franklin D. Roosevelt.

“AOC screamed, ‘I did!’” McCarthy said. “It is the socialist wing of the Democratic Party that has taken over.”

Ocasio-Cortez joked about McCarthy’s speech on Twitter, responding, “I can confirm,” after Rep. Jared Huffman, D-Calif., tweeted: “If this was a bar, this man would be cut off and his keys would be taken away.”

“@GOPLeader should really be considered for an Oscar after his acting job tonight,” Ryan wrote in another tweet.

The offices of Ocasio-Cortez and Ryan did not respond to Fox News Digital’s requests for comment.

The post McCarthy accuses AOC, Tim Ryan of ‘heckling,’ ‘trying to shut me down’ during marathon House speech appeared first on Patabook News .