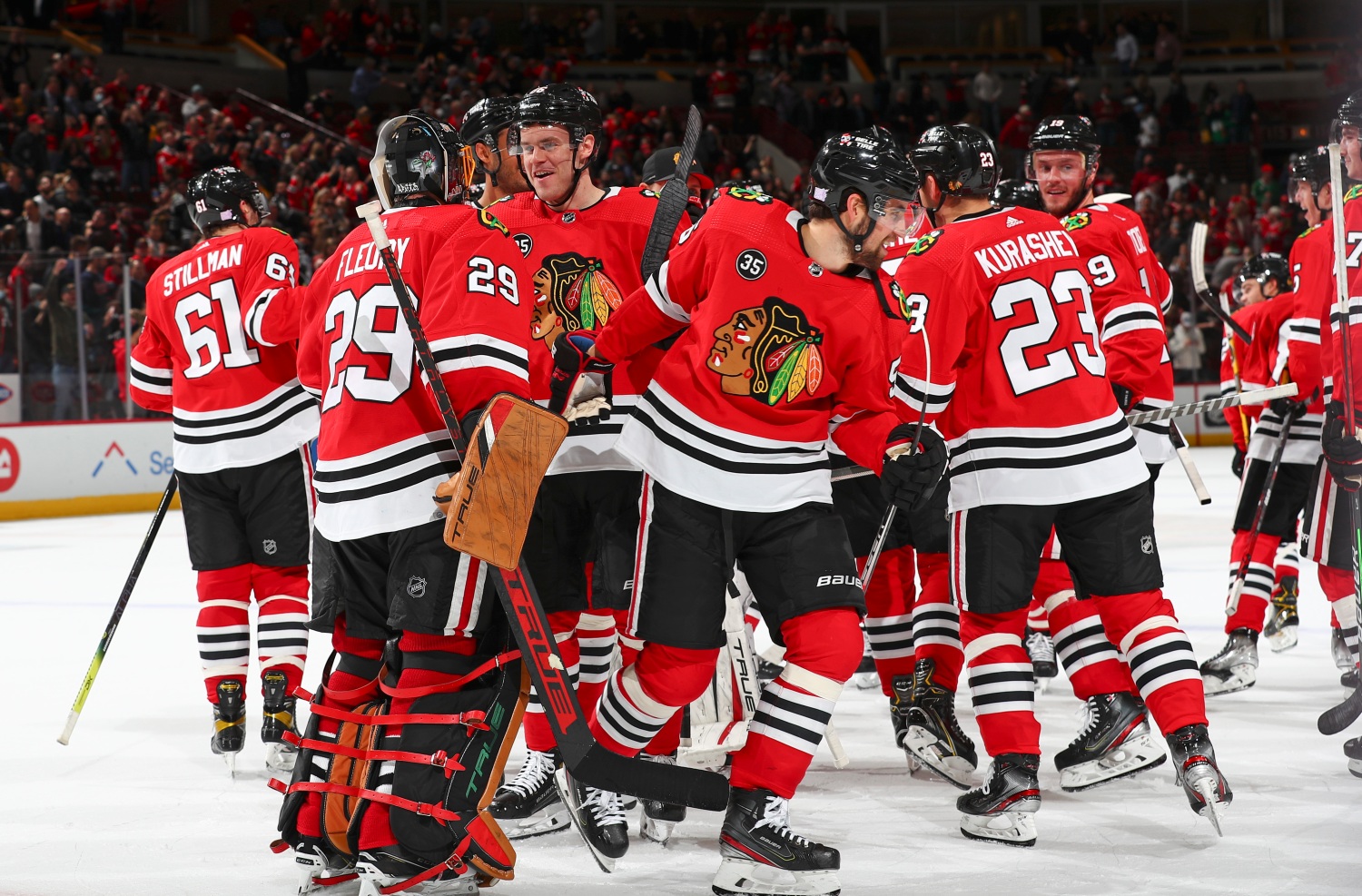 CHICAGO (AP) — Marc-Andre Fleury made 42 saves and then two more stops in the shootout, and the Chicago Blackhawks won again under interim coach Derek King, topping the Pittsburgh Penguins 3-2 on Tuesday night.

King took over after Jeremy Colliton was fired Saturday following a 1-9-2 start for a team that began the season with playoff aspirations. King said he wanted the Blackhawks to have more fun, and they responded with dramatic victories in each of his first two games.

Seth Jones and Jujhar Khaira scored in regulation for Chicago, which lost 5-2 at Pittsburgh on Oct. 16. Jonathan Toews and Alex DeBrincat converted their shootout opportunities.

Jeff Carter scored twice and Tristan Jarry had 30 saves for Pittsburgh, which lost for the fifth time in six games. The Penguins came up empty on three power-play chances, including a shot by Kasperi Kapanen that went off a post early in the third period.

Chicago jumped in front when Toews skated behind the net before finding Khaira in front 2:14 into the second. Jones then made it 2-0 when he beat Jarry on the stick side from the right circle with 4:07 left in the period.

It was the first goal for each player in their first season with the Blackhawks.

Pittsburgh got one back when Carter tipped Jake Guentzel’s pass between Fleury’s legs 5:34 into the third.

The Penguins controlled much of the action in the final period. Evan Rodrigues nearly stuffed one home with 9:42 left. Brian Boyle’s backhand was smothered by Fleury with six minutes to go.

After Jarry denied Mike Hardman on a breakaway, the Penguins skated the other way and Guentzel set up Carter again in front for the tying score at 15:43. It was Carter’s third goal of the season.

It was a sweet win for Fleury, who allowed four goals on 10 shots in the first meeting between the teams. The veteran goaltender broke into the NHL with Pittsburgh and won three Stanley Cup titles with the Penguins.

Hagel left Sunday night’s 2-1 overtime win against Nashville because of a left shoulder injury. Entwistle was placed on long-term injured reserve with a left ankle injury that is expected to sideline him for four to six weeks. Borgstrom was out because of a non-COVID-19-related illness.

King said he thinks he will have an update on Hagel’s status Wednesday.

“Hopefully it’s just miss a game and get him back in,” King said.

Defenseman Wyatt Kalynuk was activated off long-term injured reserve right before the game, but he didn’t play against the Penguins.

(© Copyright 2021 The Associated Press. All Rights Reserved. This material may not be published, broadcast, rewritten or redistributed.)

Like
Comment
Share
Processing
Voice note recorded successfully
Record
Recording 00:00
Commenting has been turned off for this post.
Sponsored
Categories
Read More
Technology
Elizabeth Holmes wrote personal notes to herself about ‘becoming Steve Jobs’ as Theranos collapse began
Elizabeth Holmes, left, and Steve Jobs CNBC; David Paul Morris | Bloomberg | Getty...
By Patabook News 2021-09-29 20:35:02 0 155
Entertainment
Mac Miller’s Drug Supplier Pleads Guilty to Distribution Charge
One of the suspects in connection with the death of Mac Miller has agreed to plead...
By Patabook News 2021-10-27 02:10:01 0 80
US News
Long Island weather: Chance of rain today, with more tomorrow
A chance of rain could spoil the long holiday weekend, with more warm and mild temperatures...
By Patabook News 2021-10-09 18:40:01 0 74
Travel
Sydney to allow quarantine-free international travel for Australians from next month
People gather for picnics beside the Harbour Bridge in the suburb of Kirribilli on...
By Patabook News 2021-10-17 18:15:01 0 88
World News
PM orders ministers to do ‘everything in their power’ to help free Britons on Russian death row
Prime Minister Boris Johnson has ordered his ministers to do “everything in their...
By Patabook News 2022-06-11 09:05:01 0 18