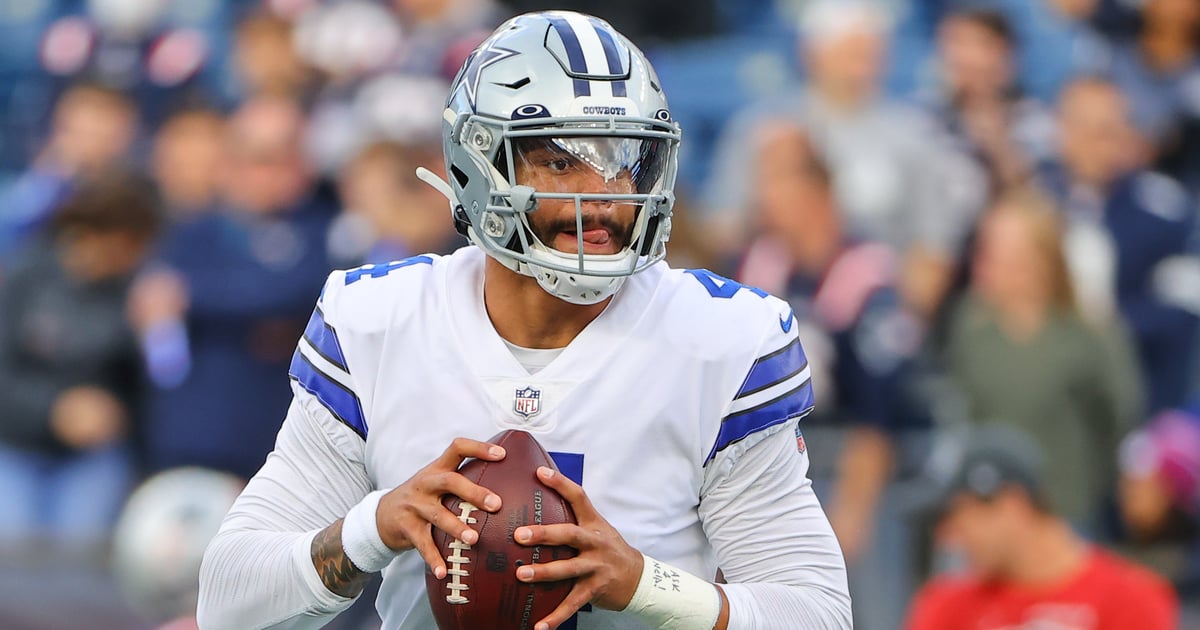 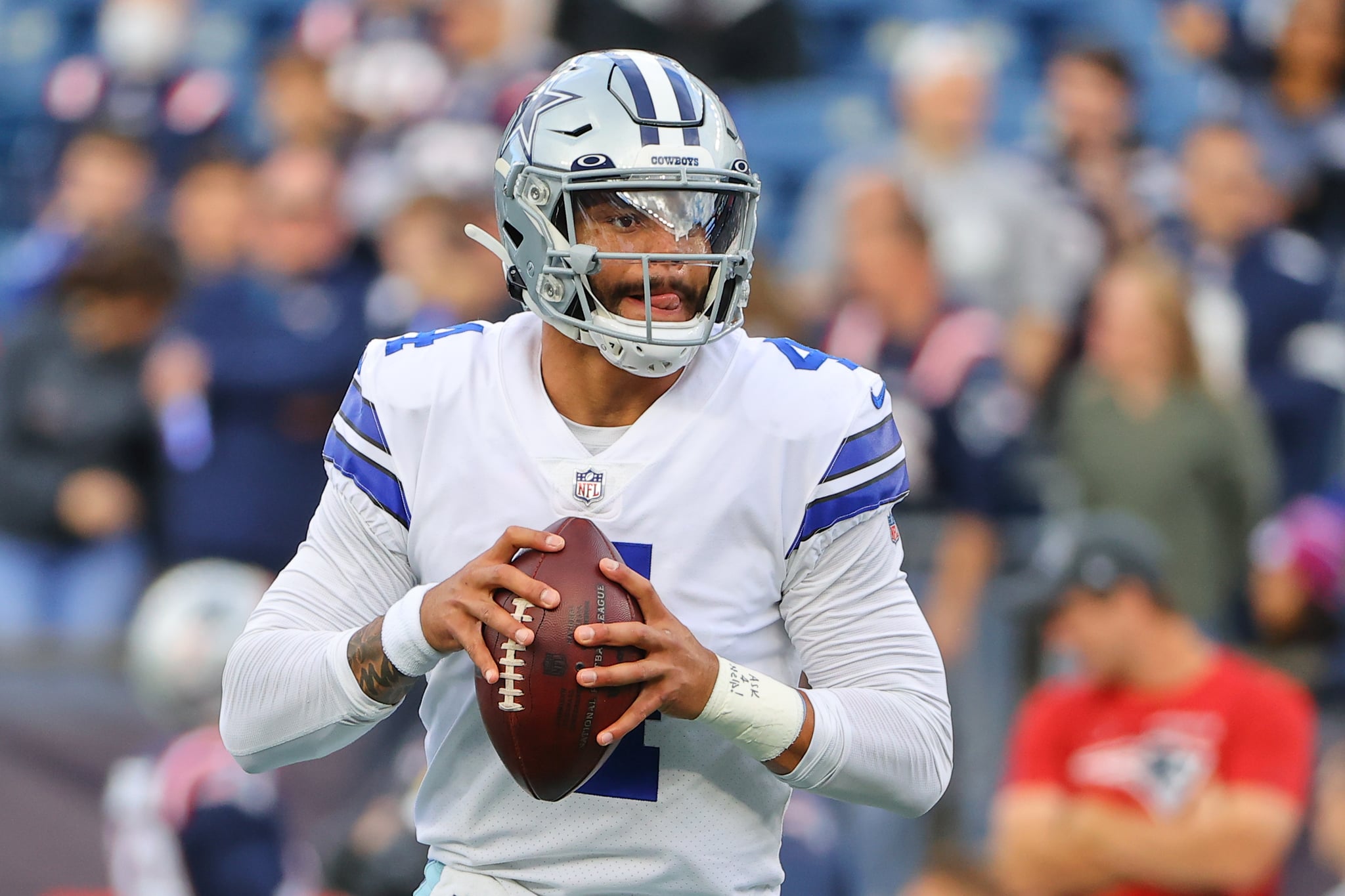 Dak Prescott knows all about tending to and recovering from a physical injury, but the Dallas Cowboys quarterback wants to put the spotlight beyond the physical and on the emotional and mental wellness of athletes and fans. This week, a simple message written on Prescott’s wrist tape captured the attention of many, and it’s all in an effort to encourage individuals to “Ask 4 Help.” Prescott has been donning this important message on his wrist in support of mental health since the season kicked off in September, and it’s not the first time he’s been candid about the importance of these conversations as he spoke about his experience with anxiety and depression last year.

Prescott’s older brother Jace died by suicide in April 2020, and the football player shared that he sought help following his loss. “Mental health is a huge issue and real thing in our world right now, especially the world we live in where everything is viral and everyone is part of the media,” Prescott said in an interview last year. “[You] can get on social media and be overcome with emotions and thoughts of other people and allow that to fill in their head when things aren’t necessarily true . . . I think it’s huge. I think it’s huge to talk. I think it’s huge to get help. And it saves lives.”

“Being open about it and not holding those feelings in was one of the better things for me.”

He added, “When you have thoughts that you’ve never had, I think that’s more so than anything a chance to realize it and recognize it, to be vulnerable about it . . . Being open about it and not holding those feelings in was one of the better things for me.”

It’s extremely important for athletes like Prescott, who have impressionable fans across all ages and demographics, to share these messages. He’s proving that no matter who you are, no matter how many touchdown passes you’ve thrown, asking for help is essential. But “Ask 4 Help” isn’t just a slogan for Prescott; it’s part of his campaign. In September, Prescott’s Faith Fight Finish Foundation launched a collection of apparel for Suicide Prevention Awareness Month that featured his brother’s initials and encouraging messages. According to Prescott, all proceeds benefit the foundation and support mental health efforts, for “those who battle mental illness by helping them to realize their lives matter, find their purpose, and always know they are not alone.”

Now, he’s advocating for mental health week after week on the football field with one simple message that is reaching millions.

If you are feeling anxious or depressed and need help finding help or resources, the Anxiety and Depression Association of America and the National Alliance on Mental Illness (1-800-950-6264) have resources available.

If you or a loved one are experiencing suicidal ideation or are at risk, the National Suicide Prevention Lifeline has several resources and a 24/7 lifeline at 1-800-273-8255.

The post The Important Reason This NFL Quarterback Has “Ask 4 Help” Written on His Wrist Tape appeared first on Patabook Fashion.