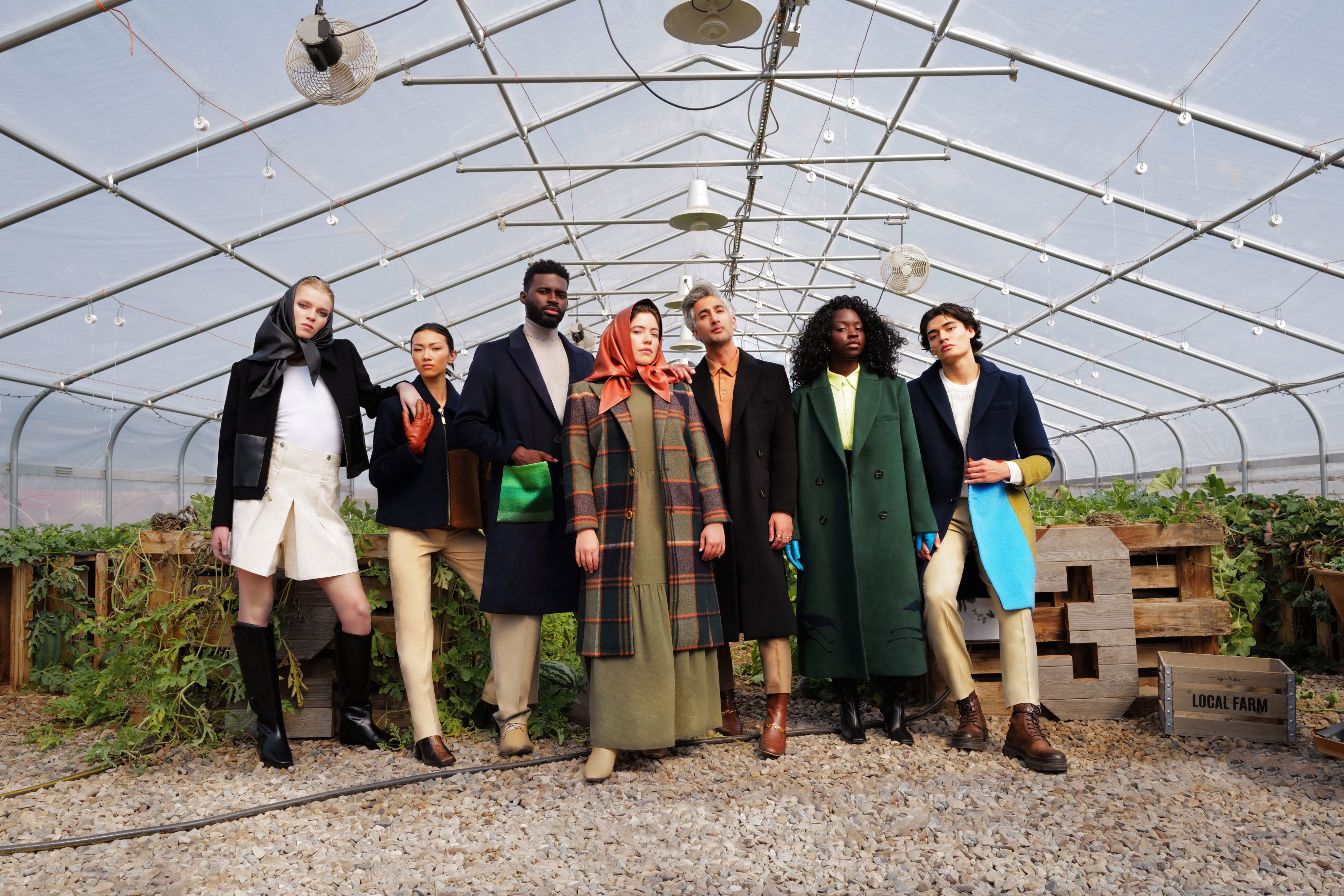 The collection draws from the Queer Eye star’s background and lived experiences.

Whether you know him as the lovable style expert on Netflix’s Queer Eye or the always-chic Next in Fashion co-host (also on Netflix), British-American designer Tan France is always making moves in the industry. His latest endeavour? A gender-neutral outerwear line called Was Him.

France offered a first-look at the upcoming collection — set to drop on October 19 — in an exclusive story with InStyle that starred himself alongside Canadian comedian (and FASHION’s April 2021 cover star) Lilly Singh. To create his new line, the UK-born designer partnered with thmbl, providing him complete creative control while the brand incubator and retail platform took over the back-end of the business. The result is a stunning collection that draws from France’s life story.

The name of the brand, for instance, is inspired by his middle name “Washim.” Growing up, France explained in a video on thmbl’s website, his classmates would take advantage of this play on words, and whenever something bad would happen in class, kids would point to France and say it “was him.” He wanted to take this “painful” memory and turn it into something empowering — thus, Was Him was born.

“Upon feeling the urge to design again and recognizing the importance of outerwear in one’s wardrobe — often sighting a jacket as the first and sometimes only item you notice on someone during the winter months — Tan set out to act on the need for more affordable, lux and genderless outerwear options,” thmbl said in an official statement.

The coats in the Was Him collection tell the story of Tan France’s heritage and the life he’s lived, drawing from his upbringing in England with British silhouettes like tailored coats and incorporating his South Asian background (France is Pakistani and Indian) with embroidery details and bright-coloured fabrics. As a nod to his “cowboy” husband who was raised on a ranch in Wyoming, some coats feature equestrian-themed designs by none other than France’s longtime spouse, Rob France.

The initial collection has seven different styles, from winter-friendly topcoats to shorter zip-up jackets. The pieces are relatively affordable as outerwear goes, with garments ranging from US$375 to US$475.

Was Him is available for purchase exclusively on thmbl.com beginning in November. Eager shoppers can sign up for the waitlist now on thmbl’s website. In the meantime, browse a preview of the new collection below.

Like
Comment
Share
Processing
Voice note recorded successfully
Record
Recording 00:00
Commenting has been turned off for this post.
Categories
Read More
Sports
A big night for Aspen Ladd, Norma Dumont and women’s featherweight in the UFC
8:00 AM ET The UFC has several monster events on its schedule to close out 2021. Before the year...
By Patabook News 2021-10-15 13:30:02 0 39
Women
Get Ready to Watch These Tokyo Olympic Gymnasts Compete on the 2022 Collegiate Stage
Women’s artistic gymnastics at the Tokyo Olympics was full of memorable moments: Oksana...
By Patabook News 2021-08-11 13:45:01 0 287
Sports
Delhi Capitals vs Chennai Super Kings Live Score Ball by Ball, IPL 2021 Live Cricket Score Of Today’s Match on NDTV Sports
Match Reports...
By Patabook News 2021-10-05 01:30:01 0 39
US News
Man dies after being shot from 2nd floor hotel balcony in north Harris County
HOUSTON, Texas (KTRK) — Investigators are searching for the person responsible for shooting...
By Patabook News 2021-10-09 14:40:01 0 31