Ex-Indiana mayor gets 21 months in prison for seeking bribe 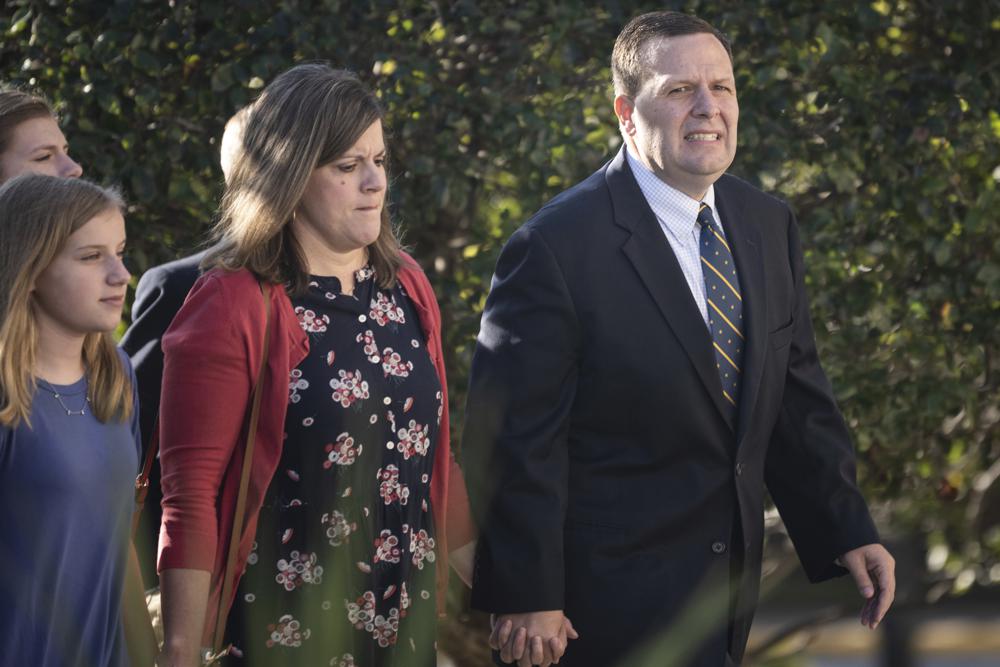 HAMMOND, Ind. (AP) — A former northwestern Indiana mayor who was found guilty of taking a $13,000 bribe from a trucking company and illegal tax evasion was sentenced Wednesday to 21 months in prison.

A federal judge ordered the sentence against former Portage Mayor James Snyder after a jury convicted him in March of seeking the bribe in 2013 in return for steering about $1.1 million in city contracts to the company.

Snyder, a Republican, has maintained his innocence, testifying during his trial that the money was payment for consulting work that he declared on his income tax returns.

Snyder’s defense attorney sought probation or home confinement for him, calling the company’s payment a “gratuity” and arguing that even if Snyder was guilty the offense was “nonviolent and an example of aberrant behavior in an otherwise positive and law-abiding life.”

“A single transaction that involved a modest amount of money that is at worst a gratuity does not rise to the level of seriousness reflected in the scope and nature of (other corruption cases),” defense attorney Andrea Gambino wrote to the judge.

The prison time that Judge Matthew Kennelly ordered, along with one year of supervised release, was less than what is called for under federal sentencing guidelines. Kennelly said Snyder’s offense did appear to be an “aberration” but agreed with prosecutors that prison time was proper to help deter corruption by public officials.

Snyder, 43, won elections as mayor in 2011 and 2015. He was indicted on the bribery charges in 2016 and was removed from office in 2019 when he was first convicted in the case. A judge later threw out that verdict, ruling that aggressive tactics by prosecutors denied Snyder a fair trial.

A former owner of the Great Lakes Peterbilt trucking company testified during Snyder’s retrial that he felt pressured when Snyder showed up at the trucking company’s office asking for money.

Federal prosecutors had recommended about four years in prison for Snyder. The judge gave Snyder until Jan. 5 to surrender for the start of his prison term.

The post Ex-Indiana mayor gets 21 months in prison for seeking bribe appeared first on Patabook News .

Processing
Voice note recorded successfully
Record
Recording 00:00
Commenting has been turned off for this post.
Categories
Read More
Real Estate
From Duplex to (Almost) 100 Rental Property Units
In this video, Brandon Turner (co-host of The BiggerPockets Podcast) shares how he went from a...
By Patabook News 2021-06-27 21:40:01 0 84
Technology
Nobel Prize in Physics 2021 Winners: Syukuro Manabe, Klaus Hasselmann, and Giorgio Parisi
US-Japanese scientist Syukuro Manabe, Klaus Hasselmann of Germany, and Giorgio Parisi of Italy...
By Patabook News 2021-10-05 11:35:02 0 16
Women
What Exactly *Is* a Celebrity Creative Director?
Kendall Jenner was just named creative director of luxury e-tailer FWRD. By...
By Patabook News 2021-09-03 15:50:02 0 25
Sports
Best of Thursday at NFL training camps: Justin Fields looks his best yet against Dolphins in joint practice
4:48 PM ET ESPN staff Most teams wound down their second week of training camp on Thursday...
By Patabook News 2021-08-13 00:25:01 0 129
World News
There aren't many gaps in our hotel quarantine system, but experts know how to fix a crucial one
The team of experts who advise the Federal Government on COVID-19 prevention measures looks to...
By Patabook News 2021-01-15 19:30:02 0 48