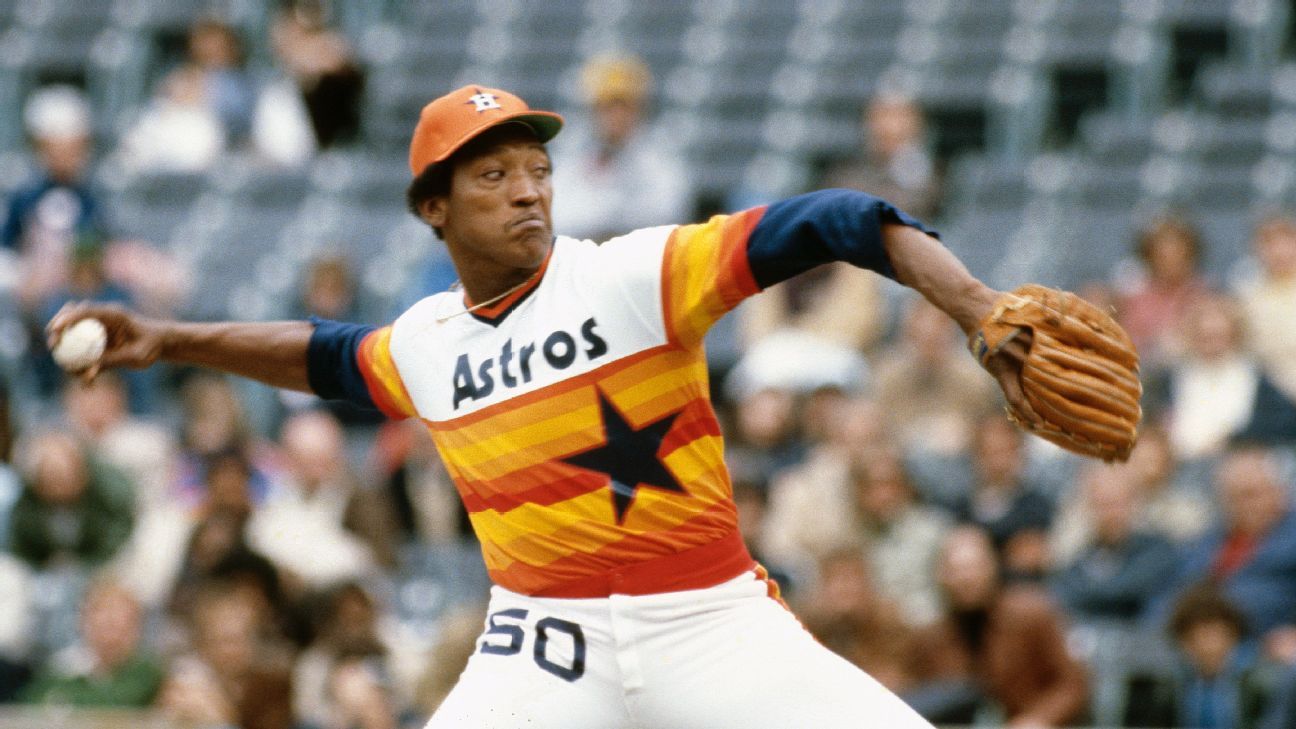 J.R. Richard, a two-time National League strikeout champion with the Houston Astros whose career was cut short in 1980 by a stroke, died Thursday at the age of 71, the team announced.

In 10 seasons with the Astros, Richard was 107-71 with a 3.15 ERA and 1,493 strikeouts — including 313 in 1979, which stood as the team’s single-season record until Gerrit Cole surpassed it in 2019. He still ranks tied for second in team history for career ERA, third in strikeouts — behind only Nolan Ryan and Roy Oswalt — and fifth in wins and shutouts (19).

“Today is a sad day for the Houston Astros as we mourn the loss of one of our franchise icons, J.R. Richard,” the team said in a statement. “J.R. will forever be remembered as an intimidating figure on the mound and as one of the greatest pitchers in club history. He stood shoulder to shoulder with club icons Larry Dierker, Joe Niekro and Nolan Ryan, to form a few of the best rotations in club history.”

Astros Hall of Fame starting pitcher J.R. Richard, one of the greatest players to don an Astros uniform, has passed away. He was 71 years old. pic.twitter.com/ylqq2nPQMi

“He had the greatest stuff I have ever seen,” Hall of Famer Joe Morgan once said, “and it still gives me goose bumps to think of what he might have become.”

Richard was playing catch during pregame drills inside the Astrodome when he suffered the stroke in July 1980.

The second overall pick of the 1969 MLB draft, Richard was inducted into the Astros’ inaugural Hall of Fame in 2020.

Like
Comment
Share
Processing
Voice note recorded successfully
Record
Recording 00:00
Commenting has been turned off for this post.
Sponsored
Categories
Read More
US News
Tiger Woods posts first video taking practice swings since car accident in February
Woods, who has not played in a golf tournament since his car accident in February, shared a...
By Patabook News 2021-11-21 19:40:01 0 54
US News
12 Staff Members at CPS School Accused in Sexual Misconduct Probe Involving Cover-Up – NBC Chicago
Chicago Public Schools announced Friday 12 staff members and a volunteer at a Northwest Side...
By Patabook News 2021-11-20 07:40:01 0 68
US News
Contra Costa County May Modify Health Order As Hospitalizations Drop – CBS San Francisco
CONTRA COSTA COUNTY (BCN) – Contra Costa County’s rate of COVID-19 related hospitalizations are...
By Patabook News 2021-10-06 05:40:02 0 79
US News
Opinion | The Best Holiday Shopping Is at Your Local Bookstore
But where we spend our money matters, too, and the current supply-chain disruptions are giving...
By Patabook News 2021-11-15 10:40:01 0 54
US News
Gwen Stefani To Kick Off 2022 Season At Hollywood Bowl With LA Phil – CBS Los Angeles
LOS ANGELES (CBSLA) – Gwen Stefani will kick off the Hollywood Bowl’s 2022 season on June 3...
By Patabook News 2022-03-15 22:25:01 0 45