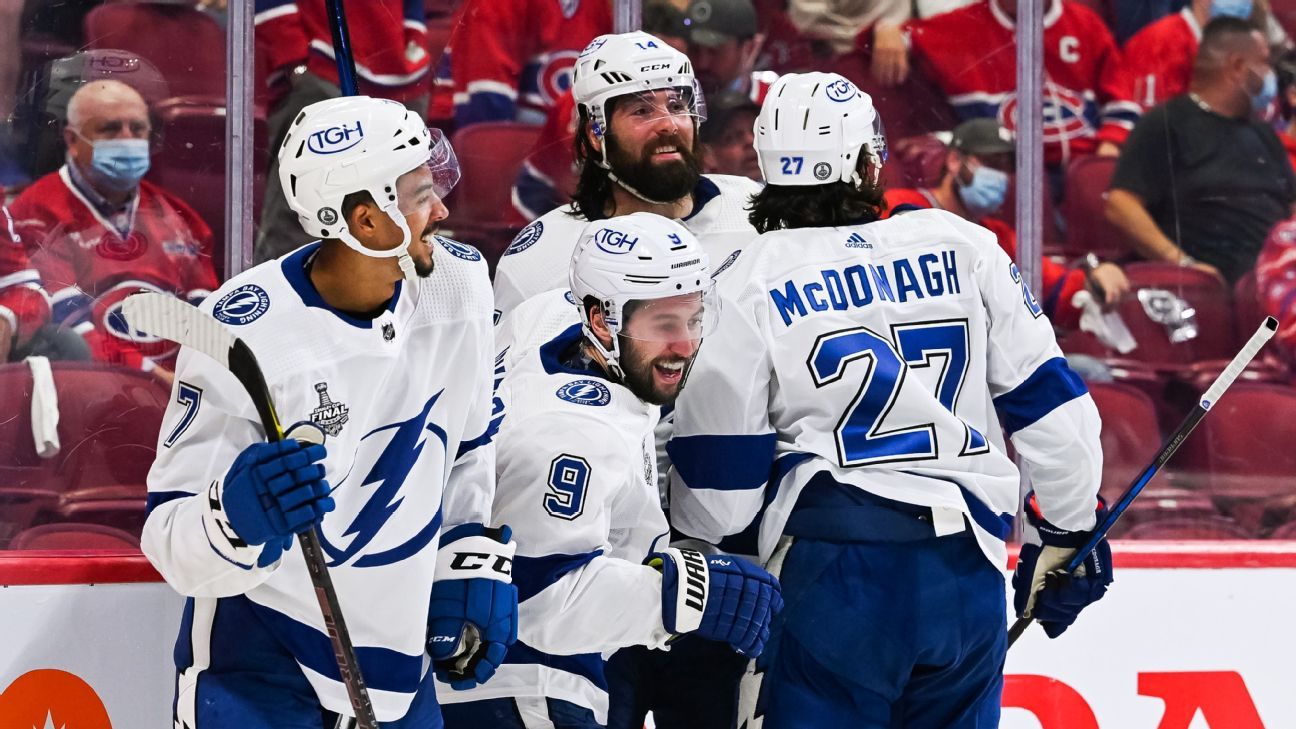 The Tampa Bay Lightning are one win away from sweeping the Stanley Cup Final, but if they clinch the series in Game 4 on Monday, families of players and staff will not be on the ice to celebrate.

The Canadian government did not grant additional exemptions for family members to cross the border and skirt the federal 14-day quarantine, deputy commissioner Bill Daly confirmed to ESPN on Saturday. Daly would not say whether the NHL petitioned for families to come.

“Annoyed,” one Lightning player said in a text message to ESPN. “But at this point I’m not surprised.”

Last month, the league had negotiated with the government and public health authorities to allow for NHL teams to cross the Canadian border for the final two playoff rounds without doing a full quarantine, as long as everyone agreed to a modified bubble. Players and staffers are tested for COVID daily, and nobody is allowed to interact with the general public. Since arriving in Montreal, the Lightning have only been able to travel between their hotel and the arena.

“Much like last year, we’re secluded, so we’re kept away from everybody,” Tampa Bay coach Jon Cooper said on Saturday, after his team took a 3-0 series lead against the Canadiens. “Actually it’ll be similar to last year if we’re fortunate enough to win because of just the scenario that’s gone on, what’s been agreed to.”

Besides the team charters, the NHL has also been able to arrange an additional charter for some rights holders media and league officials to travel to Canada. All people on that charter are also living in the modified bubble requirements.

When the Lightning won the Stanley Cup in Edmonton last September, there were only a handful of family members on hand. The only people allowed to enter the bubble ended up being Canadian family members living in Canada — which frustrated players, who felt the NHL and NHLPA moved the goal posts on them. When the players agreed to return to play protocols in 2020, they were told “spouses, partners and children” would be able to join by the conference finals. However, at the time of the deal in July, things were moving fast; the deal was agreed to on a Friday night, and training camps began that following Monday. The NHL never ended up getting those allowances from the Canadian government.

“I think they just didn’t want to risk the bubble being broken by a random person being brought in and risking it,” one veteran player told ESPN last September. “But it felt like they promised that and then pulled it away.”

The NHL completed its 2020 bubble postseason after 65 days and zero COVID cases. This year, there has been one high profile situation: Canadiens interim coach Dominique Ducharme needed to spend 14 days away from the team after testing positive for COVID following his team’s first trip to Las Vegas.